Zack is the 28-year-old owner of the social networking site called Friendnet. He has blond hair and blue eyes.

In his first appearance, he wears a t-shirt which sports the logo of his company.

In his second appearance, he wears a blue polo shirt which sports the logo of his company and it is discovered that he plays golf and drinks wine.

In his third appearance, he still wears his polo shirt, but he wears an "I VOTED" badge on his left chest, covering some of the upper part of the Friendnet logo. It is revealed that he is right-handed.

The Scent of Death

Zack was not happy when Jones and the player found his laptop at the Country Club and managed to unlock the computer's complex password as he believed that his network was his business and only his business. The team countered Zack's attempt to withhold evidence by deleting Hank's Friendnet account, but Zack needed to delete the account due to the sexually explicit nature of the account. The Friendnet account was owned by Hank Buxton, who was murdered at his company's rooftop garden, and Zack informed that he knew Hank as he was a member of the Country Club as well. Jones was irritated that tech companies like Friendnet reserved the right to obstruct justice with technology precautions, which did not meld well to the team's interests.

Zack was interrogated a second time when the police wondered if Lola Vallez contacted him about Hank's death. Zack said that Lola came to him crying to ask for help to delete the photos found on Hank's account. The team told Zack the photos were authentic. Zack told the team he wanted to help Lola stop Hank from sexually harassing her with such Friendnet activity, he often saw what was happening at Buxton Britches as his company's headquarters was located next to Buxton Britches. Zack said that he saw Hank arguing with someone at the night of the murder although it was too dark for him to spit out details.

Zack was declared innocent after Peggy Buxton was discovered to be the criminal liable for Hank's death.

Zack was interrogated for the first time in this case since he made a licensing contract with the victim, Tony Webb. Zack was working on a Friendnet Golf Game using Tony's likeliness, and claimed he was doing very good with the game's development. Zack just wanted to develop a game under the Tony Webb name to increase his network's publicity.

Before the team talked to Zack a second time, a gold-plated tablet was analyzed by Alex, and after careful analysis, Alex deduced that Tony tried to get a larger cut on the golf app Zack tried to develop for Friendnet, but Zack also gave creative threats to Tony which meant the golf app's development was hindered by Tony's behavior. Zack had to confess that Tony blackmailed him regarding about the app share distribution, but also Tony claimed that Zack stole the Friendnet idea from a former partner, which thought to be a triggering reason for the murder, but at the end Zack was found innocent for once again.

Hours following Harold Knight's conviction, Zack met Cathy King, who was thoughtful of hacking into Friendnet unlawfully, but caught a couple of security findings in spite of what was thought to be an act of impersonation. Zack offered Cathy a place in Friendnet but Cathy had to give some thought because she was not finished with college yet.

A racy picture of Lola Vallez was found at the Halifax Hotel and thus the team had to uncover fingerprints and match it with Zack, which made him a suspect in the murder investigation of Adam Bentley.

Zack demanded the picture back, but the team asked Zack why Lola would give him a racy picture. Zack was told by Lola to protect her from Adam at all costs—he intimidated Zack but was not able to drive Adam out of Maple Heights—this prompted the team to grill Lola for a second time. 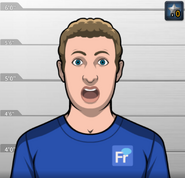 Zack, as he appeared in The Scent of Death (Case #44 of Grimsborough). 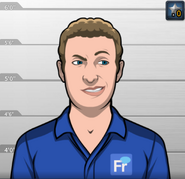 Zack, as he appeared in Drive, Swing, Die (Case #46 of Grimsborough). 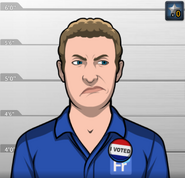 Zack, as he appeared in It All Ends Here (Case #51 of Grimsborough). 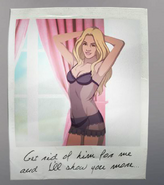 A photo Zack received from Lola Vallez in It All Ends Here with the text, "Get rid of him for me and I'll show you more..." 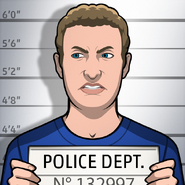 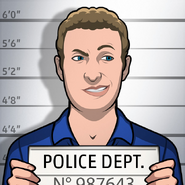 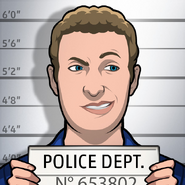 Retrieved from "https://criminalcasegame.fandom.com/wiki/Zack_Holden?oldid=452148"
Community content is available under CC-BY-SA unless otherwise noted.