Winter Murderland is a case featured in Criminal Case as the fourteenth case of Supernatural Investigations (Season 7) and the three-hundred thirty-sixth case overall. It takes place in the Rockies.

Upon arriving in Montana, Luke and the player went to Roundhead Lake after hearing that the locals had found the body of a farmer allegedly killed by the lake monster Hannah. They then found Wyatt Ewing stabbed in the neck with a three-pronged implement.

Mid-investigation, the team calmed down a mob of farmers, who wanted to destroy Hannah before it killed anyone else. They then found a threat from the killer, confirming that Wyatt was murdered by a human, not killed by Hannah. Later, farmer Blake Woodbine's goose, Lordy Gaga, bit Luke and stole the keys to his RV. The team then found enough evidence to arrest shopkeeper Poppy Winters for the murder.

Poppy said that Wyatt had wanted to drain Roundhead Lake, which was in his property, so he could grow more crops. Worried that it would kill Hannah, Poppy tried to dissuade him from pushing through with his plan, which did not work. To save Hannah, Poppy stabbed Wyatt in the neck with a trident. The team then took Poppy to the authorities before informing the townspeople of her crime.

Post-arrest, Priya told Luke and the player that she had seen Arthur Darkwood holding meetings with Annette Strong and heard that Arthur was the one sending the team threatening messages, which meant he was a demon. With Arthur recently staying the night in Wyatt's bed and breakfast, they searched the ranch for proof of his identity. There, they found Arthur's notebook which contained undeniable proof that he was a demon. Furthermore, he had written something about a magical tree in Yellowstone. The team then confronted Arthur, who admitted to it and claimed he was only trying to protect the team. Arthur then said that he crossed over to Earth without any summoning far longer than five years prior. He then warned them to stay away from the tree, telling them that "it was dangerous enough for the werewolves" before disappearing in a puff of sulfurous smoke.

Meanwhile, Zeke Davis reported that he saw Hannah emerge from the water. Felix, Zeke, and the player were then able to talk to Hannah via a makeshift voice converter, and even returned to her a pearl necklace that Wyatt had stolen from her. Hannah then thanked the team, telling them that they only needed to call her and she would come to their rescue.

After all the events, Felix announced that he had found the magical tree in Yellowstone, and so the team headed there to pursue their lead.

Zeke Davis
Add a photo to this gallery 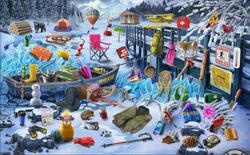 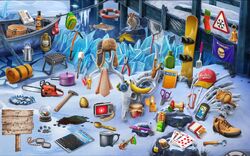 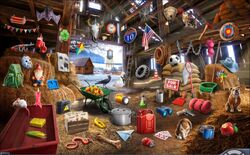 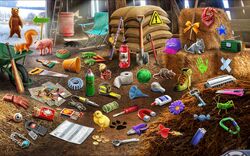 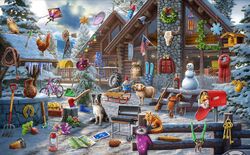 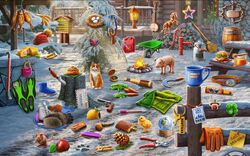 Front Yard
Add a photo to this gallery

Retrieved from "https://criminalcasegame.fandom.com/wiki/Winter_Murderland?oldid=519661"
Community content is available under CC-BY-SA unless otherwise noted.