The Stake and Garlic

William is a 54-year-old innkeeper. He has short gray hair, a mustache, a beard and brown eyes. He wears a brown vest over a cream colored shirt with brown buttons. Additionally, he has a plaid yellow rag draped over his left shoulder. It is known that William knows vampire lore.

William became a suspect after Isaac and the player found the stabling permission slip he issued to the victim. When informed about the murder, he said that he remembered the victim and wasn't surprised that he had been killed as he had warned him and his friend of the creatures of the night and the dangers in the woods. After Isaac told him that the victim had passed out in the cemetery, he interrupted him by assuming that Hell's gates opened and took the victim. He then cautioned the two, saying that they should stay in his tavern until daybreak.

William was spoken to again about a message he wrote to the victim on a bank note. He admitted that Edgar had owed him 348 shillings, and when he insisted that he paid his bill, the victim threw five shillings in his face. When Isaac questioned if he killed the victim in order to collect his debt, he said that he didn't need to as he knew that the vampires in the woodland would take care of him.

William was found to be innocent after the team incarcerated Annabel Leigh for Edgar's murder.

After arresting Irving Blackmoor's killer, Maddie and the player confronted William about being the Devil after a conversation with Patricia Rochester led to the team discovering that William was the Devil. He admitted to the crimes and said that he had done much more for the Rochesters. Upon arrest, he warned the team that the Rochesters' crimes did not end with him. 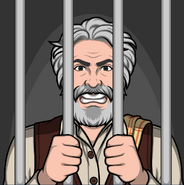 William, potentially sentenced to life in prison for acting as an accomplice behind at least 2 murders. 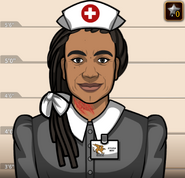 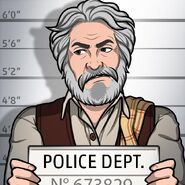