William Miller was a suspect in the murder investigation of his wife, herbalist Aubrey Miller, in The Witching Hour (Case #43 of Mysteries of the Past).

William is the 29-year-old husband of the victim. He has long black hair and brown eyes. He dons a plaid shirt underneath a beige vest and wears a satchel carrying three pliers. It is known that William knows how to tie knots, reads Malleus Maleficarum and uses hazel water.

William became a suspect after he got into a fight with the village after they accused his wife of being a witch. He defended the victim's honor, saying that she was a woman of nature who healed the people and delivered their children. He then threatened that if he found his wife's killer, he would tie them up and roast them over a fire.

William was spoken to again about his marriage certificate, which had been torn up after the victim wrote a message on it claiming that she knew he was having an affair. He admitted to the affair and said that he regretted it and had tried to atone for it. However, the victim threatened to leave him, which would have caused a scandal, ruining both of their reputations, along with Abigail Walcott, the victim's apprentice and the girl he had an affair with.

William was found to be innocent after the team incarcerated Cordelia Putnam for Aubrey's murder. 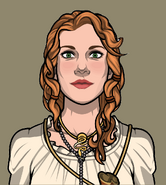 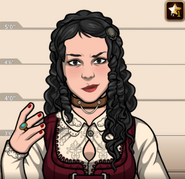 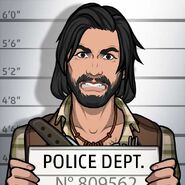 Retrieved from "https://criminalcasegame.fandom.com/wiki/William_Miller?oldid=415418"
Community content is available under CC-BY-SA unless otherwise noted.