Wilbur Owens was the killer of his sister, police officer Edna Owens, in Stick to Your Guns (Case #34 of Mysteries of the Past).

Wilbur is the 27-year-old brother of Edna Owens. He has short black hair. He wears a forest green shirt with oil stains and brown suspenders, and is seen carrying around an oil stained rag. It is known that Wilbur is right-handed, reads the Concordian Gazette and takes a sleeping draught.

Wilbur became a suspect after the player and Isaac Bontemps identified him from a locket found on the crime scene. He was shocked to hear of his sister's death, as well as the circumstances surrounding her death. According to Wilbur, their parents died when they were young, so he took care of Edna when they were growing up. Though he was proud she became a police officer, he started to regret wishing it ever happened.

Wilbur was spoken to again about his arrest record, which revealed his sister had arrested him. It made him mad that his own sister arrested him, after teaching her everything he knew and working himself to the bone. But the victim did not hesitate to arrest him for petty theft, even after everything he had done for her.

In the end, Wilbur was revealed to be the one responsible for his sister's murder. After denying involvement at first, Wilbur admitted to the crime. The Italian gang had offered him a job he was too afraid to refuse. When he found out they would attack the police station, he threatened Edna to keep her away from going to work, but to no avail. Knowing that if Edna had fired her gun, both she and he would be dead, he shot her to spare his own life. Judge Lawson sentenced him to 20 years in jail. 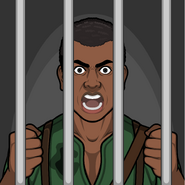 Wilbur, sentenced to 20 years in prison for the murder of his sister, Edna Owens. 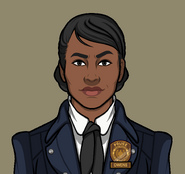 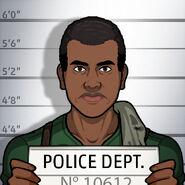 Retrieved from "https://criminalcasegame.fandom.com/wiki/Wilbur_Owens?oldid=415397"
Community content is available under CC-BY-SA unless otherwise noted.