Mid-investigation, Fiora Tosca threatened to jump off a Venice bridge to drown in the canals. Later, Sister Beppa chained herself to the bridge in protest against the unification of Europe. The investigation then proved Brother Klaus guilty of murder.

After Klaus denied killing Agnelli, he gave in and told the team that the Promethians did not want Agnelli to become the next pope as he was against the unification of Europe. He endorsed Cardinal Salieri instead. In court, Klaus refused to admit anything about the Promethians, so Judge Adaku sentenced him to 25 years in prison for the murder of Pietro Agnelli and indirectly killing Prince Albert and Hans Vogel.

Post-trial, Jacqueline Proust called from Spain to inform the Bureau that she had joined the Promethians for insider information. She advised the team to interrogate Klaus about what would happen in Spain. In prison however, Klaus refused to talk, burning himself to death instead. Marina later deduced from his last moments that Klaus was thinking of the Piazza di Spagna and of the Vatican just before his death.

Investigating the two places Klaus was thinking of, the team found new intel that added up to one fact: the Promethians were planning to bomb famous European monuments in order to instill fear and chaos in the people's minds so they would vote the United States of Europe into existence.

Jacqueline deduced that the Promethians were going to regroup in Spain because their leader would detonate the bombs there. Fearing being tracked by the cult, Jacqueline told the player to go to Spain so she could tell them directly where the detonator was. Having no choice but to trust Jacqueline, the Bureau caught a flight to Spain to stop the bombings.

Alonzo Conte
Add a photo to this gallery

Jacqueline Proust
Add a photo to this gallery 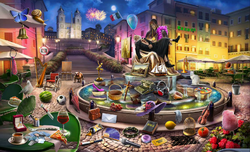 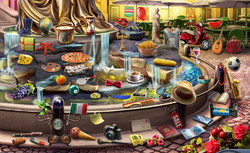 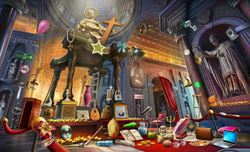 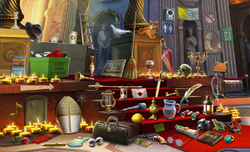 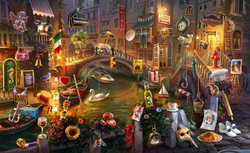 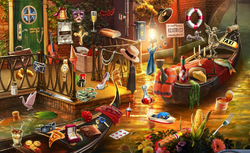 Gondolas
Add a photo to this gallery

Retrieved from "https://criminalcasegame.fandom.com/wiki/When_Shadows_Fall?oldid=409101"
Community content is available under CC-BY-SA unless otherwise noted.