Weirder Stuff is a case featured in Criminal Case as the thirteenth case of Supernatural Investigations (Season 7) and the three-hundred thirty-fifth case overall. It takes place in the Rockies.

While searching for his mentor, Falcon, in the Idaho woods, Chief Arrow and the player were approached by author Arthur Darkwood, who complained of strange occurrences happening on the film set for the TV adaptation of his book, Weirder Stuff. Chief Arrow sent the player along with Gwen to the set, where they found lead actor Rex Lane burned to death.

During the investigation, the team experienced the strange occurrences firsthand, including a snowstorm that forced them to seek shelter, whereupon they stumbled upon the victim's cabin. Later, they apprehended the victim's friend, Haruto Matsushima, whom they caught trying to sneak away with the victim's money. The team then found enough evidence to arrest lodge owner Ruby Rees for the murder.

Ruby revealed herself to be Rubarae, the woodland spirit. She said that she had felt her time coming to an end and so she needed to procure an heir. When she got close to Rex enough to trust him, Rubarae revealed her true nature. Rex then freaked out, saying that he would find someone who would get rid of "a monster like her." To protect herself, Rubarae burned Rex with a flamethrower to make it appear as if he were killed by a human. She then fled the team, believing they were the supernatural hunters Rex had hired to kill her.

Concluding that Rubarae's instability led to the strange occurrences in the forest, Felix and the player found Rubarae, telling her that given that she had recently slept with Rex, she could still conceive an heir. After Rubarae told them of Rex's necklace that he gifted to her, the team found it in the cabin. Felix then enchanted the necklace before giving it to Rubarae, telling her that she would conceive a child if she did not take the necklace off. Sensing that she would give birth to a son, Rubarae thanked the team.

Meanwhile, Chief Arrow and the player found markings proving that his mentor Falcon was nearby. With Hope's help, the team was then able to locate Falcon's cave, but Falcon demanded proof that Chief Arrow was really himself before he could talk to them. When Chief Arrow showed a fire-conjuring trick that Falcon had taught him, his old mentor welcomed him with open arms. Falcon then told the team that the demons' source of power, their queen, was defeated many years ago, but rumor had it that she was still alive and gathering strength once again. He then said that demons had wanted to roam and feed off the Earth as they had sucked all the life force in their realm, the Netherworld, dry. Fortunately, a spiritual veil blocked their access to the Earth, but the veil could be overcome either with a human's summoning or with enough strength from the invading demon. Falcon then gave his contact details to Chief Arrow before wishing him and his crew safety.

After all the events, Hope intercepted a message from Priya, telling them to meet with her in person in Montana for some crucial findings.

Haruto Matsushima
Add a photo to this gallery

Falcon
Add a photo to this gallery 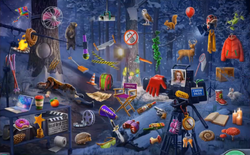 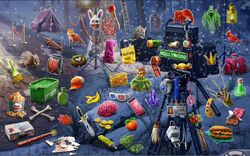 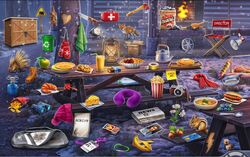 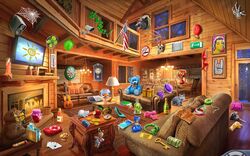 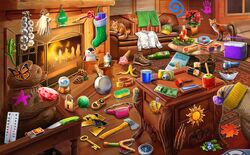 Fireplace
Add a photo to this gallery

Retrieved from "https://criminalcasegame.fandom.com/wiki/Weirder_Stuff?oldid=519459"
Community content is available under CC-BY-SA unless otherwise noted.