Vitaly was a Russian senator in charge of the Security and Defense Committee in the Federation Council. He had gray hair, blue eyes, and wore a black suit with a red tie.

Vitaly was found in the COSMORUS launch control room with his throat cut and Russian words burned into his head. According to Angela, the words and his slashed throat were both caused by a laser. The word on the victim's head was the Russian adjective for "EVIL" (Rus: ЗЛОЙ, zloy). Luckily, she managed to find traces of a mutton and noodle dish on the victim, which came from Kazakhstan's national dish beshbarmak. This meant Vitaly's killer ate beshbarmak.

Later at the COSMORUS training room, the player and Jack found a laser torch in a metal bin. The laser torch was sent off to Lars, and both he and Angela confirmed that it was the murder weapon. They also found the torch was modified to function as a laser cutter, proving the killer had intent to kill. For them to have modified it, the killer had to have knowledge in physics. This meant the killer knew physics.

Vitaly had slipped protester Agrafena Raskolnikova a note warning her that his committee was watching her, confirming her suspicions that the Russian government was going to use COSMORUS's satellite to spy on people from space. Natasha Romanova suspected that Vitaly wanted to take over COSMORUS and so asked her friends in the Federation Council to have her back. Meanwhile, (ex-)MGB spy Anya Ivanova was spying on Vitaly to find out how much he wanted to use the satellite to do away with the MGB. Vitaly had encountered cosmonaut Yelena Tereshkova while infiltrating COSMORUS, pretending to be the physicist "Yevgeny Nudnikov" so as not to get caught. Vitaly also encountered scientist Nikolai Sharapov, stopping the latter from pushing through with his plans to sabotage the satellite launch.

The killer turned out to be Yelena.

Yelena insisted that she was not the killer but soon admitted to the crime. Yelena killed Vitaly after Natasha told her that the Senator was responsible for denying her applications to go to space. Wanting to fulfill her biggest wish, Yelena slashed Vitaly's throat with a modified laser torch in anger. As the team interrogated her about the satellite, about which she knew nothing, a loud noise was heard from the control room, where they headed to discover that Natasha had already launched the satellite. Natasha then ran away.

The team would later gain control of the satellite and arrest Natasha for her crimes. Judge Adaku then sentenced Natasha to 75 years in a maximum security facility for launching the satellite and ordering the hit on Vitaly. Yelena was sentenced to 50 years in jail for the murder. 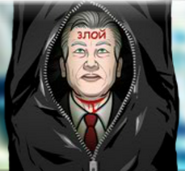 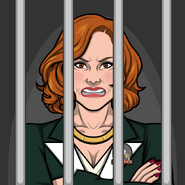 Natasha Romanova, the late accomplice to Vitaly's murder.
Add a photo to this gallery

Retrieved from "https://criminalcasegame.fandom.com/wiki/Vitaly_Borodin?oldid=499635"
Community content is available under CC-BY-SA unless otherwise noted.