Vanessa Kimmel (1990–2014) was a suspect in the murder investigations of banker Coleen Truman in Easy Prey (Case #7 of Pacific Bay) and her boyfriend, street swindler Sammy Duncan, in Death by Moonshine (Case #9 of Pacific Bay). She was then killed in Smoke and Mirrors (Case #10 of Pacific Bay).

Vanessa was a local girl of 24 years of age donning a severely-worn faded pink cloth (given the wear and tear shown) and a faded pink lace necklace. She had messy blonde hair extending to her chest area and wore black mascara dripping down from her eyes, and sported bruises and wounds.

In her first appearance, it is known that Vanessa drinks rum.

In her second appearance, she sustains a skin rash on her right shoulder. It is discovered that she uses eggs, drinks moonshine and plays dominoes.

Vanessa was a Bayou Bleu local who dreamed of being a resident of Ocean Shore one day.

Vanessa gave a very cold welcome to Amy and the player after their first investigation in Gator Land, where Coleen was found dead at. She claimed Gator Land was cursed, but Amy demanded Vanessa to cooperate as the team was not willing to listen to Vanessa.

Vanessa's shabby features came to Amy's attention (not to mention Vanessa's paranoia) that Vanessa needed hefty help. Vanessa was aghast that the team would not listen to her but Amy stood up to Vanessa by asking her if she was in Gator Land at the time of Coleen's death. All Vanessa could recall were whispers, screams, a thud, and a rustle of leaves, signaling that the killer went to the woods, and suggested the team investigate the hunters' shack.

Vanessa was interrogated in the woods a second time after Yann discovered a hair sample matching Vanessa's person on the gris-gris doll found and pieced back together during the team's second visit to the hunters' shack. There was one flaw—instead of using a sample of Coleen's hair, Vanessa went ahead and used her hair to forge the gris-gris doll of Coleen, which proved the doll did not work at all.

Vanessa admitted she made the Coleen gris-gris doll as she wanted to prevent Coleen from getting bad luck from the entire Bayou, whom Coleen's oppressive behavior was not well-received. Even though Vanessa was nice to Coleen (and admitted she wanted Coleen to help her get out of Bayou Bleu), Coleen showed no respect to Vanessa at all. Vanessa did not need to worry about Bayou Bleu in the meantime as she was found innocent after Steve Bundy was found guilty of the murder of Coleen Truman.

Vanessa was in the red following the investigation as Amy had to put up with a catfight between her and Shelly Dulard, in which Vanessa accused Shelly of stealing her bag while Shelly countered that Vanessa stole her pills. Amy and the player had to go through the trouble of calming both women down, and warned them that any further misconduct would result in an arrest.

Vanessa found herself in the red immediately after Frank found an advertisement of a loft Derek Stone used to reside at. Once Vanessa was approached by the team, she told the team she counted on Sammy to take her away from Bayou Bleu, but since Sammy was now dead, her attempts to leave Bayou Bleu seemed to be futile. Frank assumed the victim was Vanessa's boyfriend but Vanessa explicitly stated that she was not in love and wanted Sammy's attention to bail her out of the Bayou. All Vanessa wanted was more manageable jobs since the Bayou was not paying her enough, and did not like how Sammy operated for profit in the creepy forest, as she hinted at Sammy's illicit moonshine business.

Vanessa became a serious suspect when Frank caught her allegedly escaping in Sammy's boat, which became a canvassed crime scene by Frank's way, but Vanessa did not mean to escape as she accidentally casted it off, prompting the player to interrogate Vanessa a second time, after which Frank and the player took a look at the boat to see whether or not Vanessa was obstructing justice.

While Frank and the player checked the boat, Vanessa told the team she only wanted to retrieve her belongings and admitted she enjoyed a glass of moonshine or two with the victim, but Frank demanded Vanessa full disclosures as to why Vanessa would be on the victim's boat. Vanessa admitted that she gave Sammy all her savings since the victim promised her to bail her out of the Bayou one day, but Sammy used Vanessa's money to start a moonshine business, which angered Vanessa as she grew discontent with her life every minute she spent in Bayou Bleu—all Vanessa wanted to do was to take her life back so she could head to Ocean Shore.

Vanessa found herself in deep red following the close of the case when Hannah and Amy found out about Vanessa's past as a prostitute from a book called "Lost Souls"—a collection of drug addicts, homeless people, foster kids, and street walkers. In addition, the police started to get worried about Vanessa after the player forensically dusted a beer coaster revealing her intent to confess her dark secrets at the graveyard.

Frank and the player found Vanessa's corpse made to look like a voodoo doll in the entrance to the Bayou graveyard. They sent her body to Roxie who noted that Vanessa was strangled to death before her eyes were replaced with buttons and her lips were sewn shut with a fish hook and a fishing line. From this, the team deduced that the killer knew fishing.

Later, Bayou cop Harvey Fitchner found Vanessa's eyes in a burning brothel while he was drunk. He then presented the eyes to the team; unfortunately, due to him contaminating the evidence, the team could not find any clues from them.

Vanessa worked as a waitress in Betty-Lou Logan's Mad Cow Bar. Betty-Lou knew of Vanessa's side job as a prostitute and was encouraging her to leave the Bayou before something bad happened to her. Thus, she was disappointed when she learned that Vanessa stole her (Betty-Lou's) tip jar but returned to the brothel anyway. One of her clients in the brothel was Alec Howard, who had impregnated her. Alec scorned her as a result because he did not want to have a baby with a prostitute. Meanwhile, scared for her life, Vanessa asked priestess Erikah Mabayo to cast a voodoo protection spell over her. Vanessa also hated her mother, Sharon Kimmel, blaming her for her father abandoning the family, faulting her for not giving her a better life in the Bayou, and despising her for seeing a new man to the point where she smashed a bottle in her mother's face. Sharon reciprocated the dislike, hating Vanessa for turning to prostitution.

The killer turned out to be Erikah.

Erikah denied the accusations but soon confessed. Erikah owned the brothel and had easily enslaved the prostitutes working for her to get money and leave the Bayou, murdering them when they tried to escape. As a replacement, Vanessa began working at her brothel until she got pregnant. She then tried to escape to take care of the baby, exposing Erikah in the process. Erikah then strangled Vanessa and used the voodoo to scare people and avoid being investigated. Judge Dante sentenced her to life in jail. 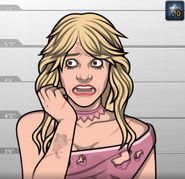 Vanessa, as she appeared in Easy Prey (Case #7 of Pacific Bay). 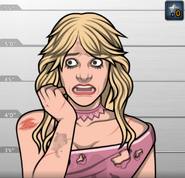 Vanessa, as she appeared in Death by Moonshine (Case #9 of Pacific Bay). 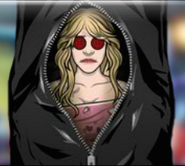 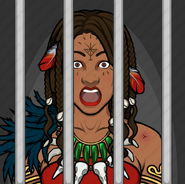 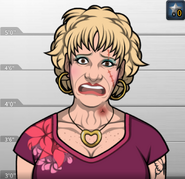 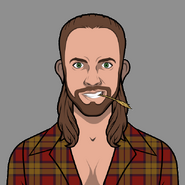 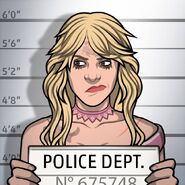 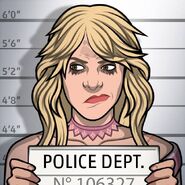 Retrieved from "https://criminalcasegame.fandom.com/wiki/Vanessa_Kimmel?oldid=501372"
Community content is available under CC-BY-SA unless otherwise noted.