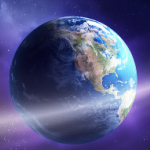 Born a Canadian native in one of the districts of the larger metropolitan area known as Greater Vancouver, Jordan is currently a young adult, who plays the game of Criminal Case and is currently investigating as a Marshal in a city of romance...

It is known that he enjoys eating burgers and sweets. He is right handed, although he does have an ability to do things, including writing left handed. He enjoys wearing different clothing, not only in Criminal Case, but in real life too. He enjoys playing crime solving games and writing, including Criminal Case fanfiction. He enjoys reading various books and quoting Shakespeare and Gandhi among other literary authors. He knows source coding as well minor skills in computer technology. He also enjoys making media, which includes collages, digital art, paper drawings and writing.

He is a student but as well he is an administrator in the official CC fan-fiction wiki, but he is a an administrator on the original Criminal Case Wiki here as well a bureaucrat on the Criminal Case Theory Wiki. He has also written many fanfiction on the fanon wiki and has written summaries for The Conspiracy, Travel in Time and Supernatural Investigations, as well editing and enforcing the wikis and its laws within his browsing. If you would like to talk, you can leave a message on his wall.

“Nobody's perfect. I may not be the most good looking nor the smartest person alive. As well, I may not be proud of some things I have done in the past. But I don't pretend to be someone I'm not. People may question my weirdness. My curiosity. My way of doing things differently. But that's the person I am and choose to be.”
―Jordan Charles

“Justice can only prevail if we keep fighting, fighting as hard we can. Justice isn't alone in the world, there's crime as well out there.”
―Jordan Carpenter, It All Ends Here

Jordan Alexander Carpenter, born on September 2nd 1989 in Vancouver, British Columbia, Canada, is a 30 year old seasoned detective for the Supernatural Hunters, in his tenure to the supernatural force, traveling across America. Prior to his tenure into his career of solving murders and crimes, Carpenter studied at the Justice Institute of British Columbia, Canada as well briefly at Sheridan Law Enforcement in Los Angeles, United States of America.

His previous tenure to the Grimsborough Police Department started in March 2015 before he went on to solve crimes across the city, including catching a serial killer, unmasking Adam Bentley's killer and chasing down the reason behind Chief King's suicidal death and saving Grimsborough.

On the date of June 15th, 2016, he joined the Pacific Bay Police Department in hopes to uproot crime in this diversity filled city, ending the high rates of crime by uprooting Meteor Systems's darkest secret in the Wastes, a mad scientist obsessed with digitizing life and achieving an unholy goal. Soon, he faces Frank Knight's ultimate sacrifice and the race he must undergo a race to end the madness and the destruction of Pacific Bay once and for all. Afterwards, he joined the international crime agency known as The Bureau in order to solve crimes across the world. We soon discover a criminal organization called SOMBRA and soon try to deactivate their numerous cells and plans throughout the world. After dismantling the original El Rey's master plans, the team would then face the darkest chapter of the Bureau's history after the hard blow just before. In the aftermath, he would be told, in the form of Charles Dupont' journal, the adventures with the Flying Squad, including corrupt police officers, the criminal activities and the feud of two criminal gangs, and the criminal affiliations of the notorious Rochester family, before stopping a tyrannical dictator and saving Concordia.

After reading the journal and making his return to Grimsborough five years since he had left, he teams up with old and new in the Grimsborough PD to solve more murders and a conspiracy. Following the end of a criminal conspiracy originated by a mysterious group, Jack Archer makes a return and takes us back in time. On our new tenure, he meets Marina Romanova and Amy Young, along with his favourite TCD friend Theodore Moon as the team solves murders across time, entering an adventure across time that ends in a conclusion of a story that the Division would only know. Soon after, Jordan reflects on another adventure he had ten years prior in the form of a supernatural hunting force and their task to enforce supernatural crime. He remembers how the team of supernatural hunters ultimately uncovered the demon queen and her loyalists' plans to rip open the veil, before they were able to stop them. Jordan then headed to the city of romance to attend Zander and Priya's wedding.

Now in the employ of the Parisian Police Squad, Jordan joins LA native cop Carrie James and Parisian cop Hugo Mercier to investigate murders in Paris, also known as the city of romance...

“You know what I say. I like a good mystery, especially the ones that are the most mysterious.”
―CoolCCMystery

Criminal Case: Save the World!

Criminal Case: Mysteries of the Past

Please note that these lists are purely the user's opinions, and do not mean the user hates the ones at the very bottom of the lists, but rather finds them as the least favored of their respective lists.

Criminal Case Wiki List of Edits and Tasks to Do

Tasks as an Administrator

Note that there's no particular order

More may be added if I think of any more

Retrieved from "https://criminalcasegame.fandom.com/wiki/User:CoolCCMystery?oldid=537474"
Community content is available under CC-BY-SA unless otherwise noted.