Up in Smoke is a case featured in Criminal Case as the one-hundred sixty-fifth case of the game. It is the fiftieth case of the game's World Edition (Season 3) and also the second case to take place in North America.

The Bureau went to a rally in San Francisco to talk to Sandy Turner, head of the USStay movement campaigning to keep the USA in the Unified Nations. When Carmen and the player talked to him, he quickly left for another meeting, only to get caught in a car explosion in Lombard Street that killed him and seriously injured his driver, James Parker.

Mid-investigation, James woke up from his coma and told the police that he had driven Sandy to the New Springs Growhouse. Later on, Jack got high on weed and suggested that he join SOMBRA. Even later, James died due to his injuries. The duo was finally able to arrest politics student Terrance Williams for the murder.

Initially denying involvement, Terrance admitted to killing Sandy and James. He said that someone from the USNay movement had paid him online to kill Sandy. With the payment and the willingness to kill Sandy due to his political affiliations, he had switched Sandy's regular tie pin with an explosive pin and detonated the bomb from a distance to kill him and his driver. Judge Adaku sentenced him to 30 years in jail.

After the trial, Terrance told Carmen and the player that he was going to receive a second payment through a mailbox in Lombard Street. In the mailbox, they found a smartwatch which—per Elliot's analysis—proved that SOMBRA had some sort of connection with the USNay movement and had ordered the hit on Sandy. Later, they found campaign manager Laetitia Badu's notes, which stated that O.M. MediLab (a SOMBRA front) was a sponsor for the USNay movement. Because it was seen as a respectable pharmaceutical company, the team could not condemn or shut O.M.Medilab down without irrefutable proof.

After Lars unknowingly flirted with Jack after the latter dressed up in drag as a dare from drag queen Chockas D.Lux, Chief Ripley sent the team to Seattle to attend a rally of the USNay movement.

Sarah Bennett
Add a photo to this gallery 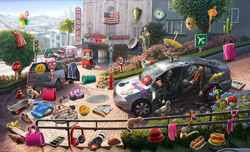 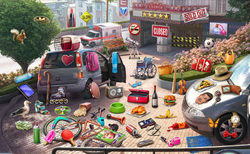 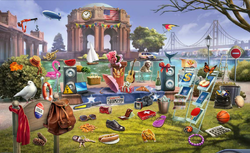 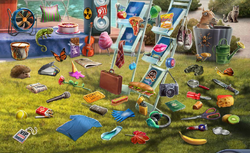 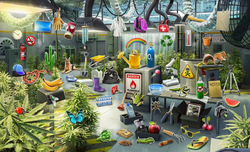 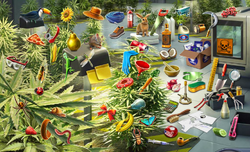 Cannabis Plants
Add a photo to this gallery

Retrieved from "https://criminalcasegame.fandom.com/wiki/Up_in_Smoke?oldid=418748"
Community content is available under CC-BY-SA unless otherwise noted.