Up in Flames is a case in Criminal Case featured as the thirty-sixth case of The Conspiracy (Season 5) and the two-hundred sixty-seventh case overall. It is the final case to take place in Misty Grove district of Grimsborough.

After successfully petitioning Judge Powell for a warrant to shut down DreamLife and alerting the Hawk Eye Security to secure the dome, Gloria and the player headed to the dome to arrest Rozetta Pierre, who was shocked to find out that they discovered her plans to ship out Protozane to make the public unemotional and suggestible. Rozetta justified herself, citing the VR game her team developed as a case of people liking being told what to do. After the arrest, the team searched Rozetta's office and found a map to the drug production chamber. The team headed there only to find Tony Marconi burned to death.

Soon after, the team arrested head geologist Philip Hoover for authorizing the shipment of Protozane to Fornax. Cathy then discovered Fornax to be an empty warehouse, meaning that DreamLife had not been able to ship the drugs. Shortly after, Mia Loukas informed the team of a break-in at Marconi's house, which turned out to be a part of Jones' attempt to investigate the murder on his own, forcing the team to flag him as a suspect. Afterwards, Rozetta admitted that she got Marconi out of jail and blackmailed him (with his son, lab technician Emilio Fuller) into hiring some ex-convicts and disposing of the bodies of their dead test subjects. Hawk Eye Security employee Keith Vaughan then admitted that they smuggled the bodies to an industrial incinerator and burned them to ashes, prompting the team to arrest him. Later, Martine found out that Philip Hoover had injected Amir with Protozane. After Amir admitted that he had opened Philip's cell door per his request, Cathy told the team that Philip had checked in the Glitz Hotel under a fake name. After the team had arrested Philip for the second time, the team found out from Jones that Zoe Kusama remembered Marconi as she saw him hauling dead bodies past her cell under the dome. The team finally found enough evidence to arrest Emilio for the murder.

Admitting to the crime, Emilio said that Marconi had been trying to contact him for weeks to convince him to get out of the dome as DreamLife was operating a shady business. However, Emilio disagreed, stating that Protozane was a scientific breakthrough. After finding out the cops were going to raid the dome, Marconi went to Emilio as he was packing the Protozane shipments and tried to get him to leave. Knowing that he could not overpower his father, Emilio agreed, even suggesting to blow up the drug packages. Marconi agreed so Emilio made a Molotov cocktail and threw it at his father. Judge Powell then sentenced Emilio to life in prison for the murder.

Post-trial, Amir snapped out of the effects of Protozane. Mayor Joe Warren then tasked Gloria and the player to retrieve all data of DreamLife's activities under the dome to help in the transfer of control over their facility to the Space and Aeronautics Research Agency. The team then found Rozetta's laptop and gave it to Cathy for retrieval, but Cathy said that as soon as she started transferring the files to an external drive, the files began self-destructing. After informing S.A.R.A. head Denise Daniels of the situation, she accompanied the player to Rozetta's office, where they found the override device. They then went to Rozetta to force her to unlock the device before sending it to Cathy, who was able to retrieve enough files to build a case against DreamLife and aid S.A.R.A. in their administration over the dome.

Meanwhile, Jones told the team that he was planning to resign from the force, saying that he was unfit to be an officer. With the help of Alex, Ramirez and the player compiled a video of Jones's time in the GPD to convince him to stay in the force. After Jones changed his mind with his resignation, he decided to take a brief break and consult a therapist to get over the harrowing events surrounding Marconi and DreamLife. After all the events and wanting to know why DreamLife wanted to unleash Protozane to the public, Chief Parker told the team to investigate Rozetta's past, starting with her alma mater, Grimsborough University.

Keith Vaughan
Add a photo to this gallery

Denise Daniels
Add a photo to this gallery 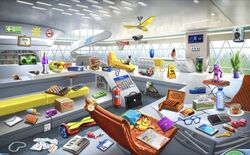 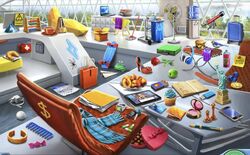 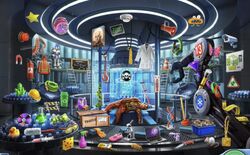 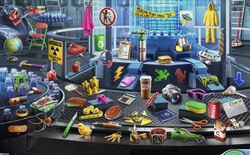 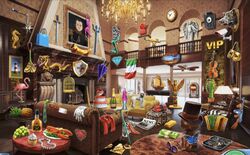 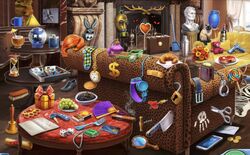 Start a Discussion Discussions about Up in Flames