Unsafe Haven is a case featured in Criminal Case as the forty-eighth case of Mysteries of the Past (Season 4) and the two-hundred nineteenth case overall. It is the final case to take place in the Grim Chapel district of Concordia.

Isaac and the player went to Gryphon Sanctuary's basement to investigate the asylum, only to find patient Patricia Rochester shot in the head.

During the investigation, the team discovered that Viola had visited the victim, forcing them to flag her as a suspect. Later, Constable Ramirez found Patricia's treehouse hideout in the asylum gardens. Soon after, Katherine Woolf told the team that the press was flooding into the asylum after finding out about a Rochester's murder. Evie then found out (with the help of Lady Highmore) that Patricia was interned in the asylum for simply having defied the authority of her husband, Horatio. The team then found enough evidence to arrest nurse Sylvia May for the murder.

Upon admitting to the murder, Sylvia said that she was in cahoots with her husband, William Oland, aka "The Devil". She said that in addition to masterminding murders, they also got paid by rich people to intern bothersome, but sane individuals, much like Patricia. Because the Squad had jogged up Patricia's memories, she remembered seeing Sylvia with William. Not wanting to be exposed, Sylvia shot Patricia with a Besson .32 revolver. In court, Sylvia refused to name her employers, so Judge Lawson sentenced her to life in prison.

Post-trial, Isaac and the player talked to Sylvia in prison about the Rochesters requiring her services. After she said that she had burned everything incriminating down before getting arrested, the team went to the basement, where they found burned documents in a barrel. According to Evie, the documents proved that the Rochesters had their political opponents interned in Gryphon. The team then informed Commissioner Thaddeus Mulroney of their findings.

Later, the player accompanied Judge Lawson, as he fired director Gregory Stravinsky by order of the Court, for his incompetence. The two then found a list of visiting doctors in the admissions office, and sent it to Evie, who recommended Dr Ezekiel Jones for the job of director. When they talked to him, Dr Jones said that he had been researching psychiatry as a form of mental treatment. After finding food for the bunnies Dr Jones would be using in his psychiatric treatments, they were able to convince him to take over as director of the asylum.

After all the events, Mayor Cornelius Castletown informed Lawson that his application for Deputy Mayor had been approved, and he was inaugurated an hour later. Furthermore, Chief Wright told the team that they were moving to Ivory Hill, the political heart of the city, to bring down the Rochesters once and for all.

Clarence Watts
Add a photo to this gallery

Ezekiel Jones
Add a photo to this gallery 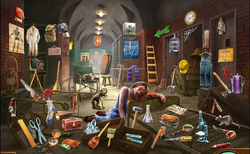 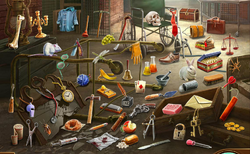 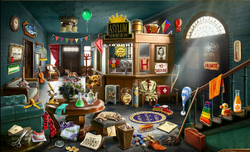 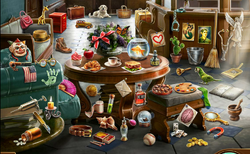 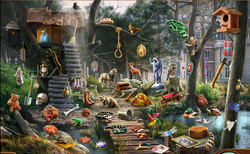 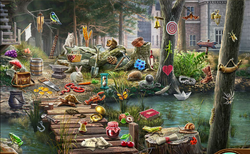 Asylum Pond
Add a photo to this gallery