Frank Knight (All Chapters)
Hannah Choi (Into the Future 2)

Uncivil Rights is a case featured in Criminal Case, appearing as the one-hundred third case of the game and the forty-seventh case of Pacific Bay. It is the second case to take place in Innovation Valley, a district based in Pacific Bay.

After Mayor Annette Arbor started giving rights to the sentient robots, putting the work of humans in jeopardy, Andrea asked Frank and the player to patrol the robot graveyard for signs of unrest. There, they found the Mayor crushed into a cube.

Mid-investigation, the team had to stop a riot at the Anti-Robot League headquarters. Moreover, Colbie Arbor, the Mayor's daughter, decided to dismantle all the robots. The team found enough evidence to arrest an unemployed mechanic called Larry Newark for the murder.

Larry denied the accusations but then admitted to the crime. After losing his job to a robot, he then joined the Anti-Robot League to make Annette change her mind but the organization did nothing. Angry, he knocked the Mayor out with a robotic arm and crushed her like a robot with a car crusher, hoping that Howard Boehner would replace her and defend humans' rights. Originally sentencing him to 25 years in jail, Judge Dante increased the sentence to 40 years per Larry's request.

Post-trial, Frank and the player went to the A.R.L. headquarters to prevent more riots, and found (per Russell) Colbie's diary. When interrogated, Colbie said that her mother would replace every person in Innovation Valley with robots, and pointed them to her office. They found a contract where Meteor Systems offered the Mayor a significant number of robots for menial duties. Since she wrote the contract, the team interrogated Karen Knight, Frank's ex-wife, who claimed that the robots would not cause any harm.

After Hannah and the player helped Sunny, the robot, retrieve his plant friend, the team decided to dig deeper into Meteor Systems to prevent their robots from turning against humanity.

Karen Knight
Add a photo to this gallery 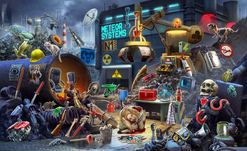 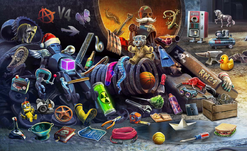 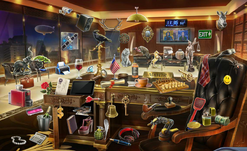 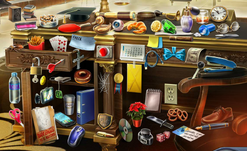 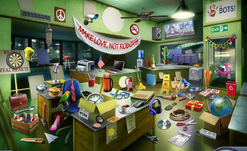 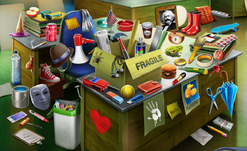 Activist's Desk
Add a photo to this gallery

Into The Future: Part 2

Retrieved from "https://criminalcasegame.fandom.com/wiki/Uncivil_Rights?oldid=481924"
Community content is available under CC-BY-SA unless otherwise noted.