Turn for the Worse is a case featured in Criminal Case as the forty-sixth case of Mysteries of the Past (Season 4) and the two-hundred seventeenth case overall. It takes place in the Grim Chapel district of Concordia.

Isaac and the player went to the Wonderland Carnival, where they found knife-thrower Lynn Hart stabbed to death with her own knives.

During the investigation, Oslan the Lion took a liking to Isaac. Later, Charlie accidentally trapped Maddie in a closet after trying out a magic trick. Eventually, bearded lady Mysteria was found guilty of Lynn's murder.

Upon admitting to the murder, Mysteria revealed her true identity as Faith Woodford, Hope Woodford's missing sister who was interned in Gryphon Sanctuary. She said that she went to the carnival and disguised herself as a bearded lady after escaping the asylum to blend in. However, when Lynn fell in love with her, she dug up her past and told her about it. Not wanting her identity revealed for fear of being sent back, she stabbed Lynn in the stomach and staged the murder to avoid incrimination. In court, Judge Lawson sentenced Faith to psychiatric incarceration, much to her sorrow.

After the trial, Hope told the team that Faith belonged in a prison instead of the asylum. She directed the team to the fairgrounds for Faith's diary, which (per Diego) did not contain any proof of insanity. They talked to Faith, who said that she was only interned because her parents did not want her to live out her dream as an author. In the asylum, she was given hallucinogenic drugs before she escaped. She said that the drugs had worn off when she killed Lynn. She directed the team to the circus tent for the medicine, which they sent to Viola for analysis.

According to Viola, the medicine was a combination of two pharmaceutical drugs that induced hallucinations and unsettled the mind when applied together. While finding no evidence of malicious intent, she said that there was no proof of Faith's mental illness. The team then talked to Judge Lawson, who changed Faith's sentence to 20 years in prison instead. The team told Faith the news, reuniting her with her sister as well.

Meanwhile, with the help of magician Harold Coppersmith, Charlie apologized to Maddie for making her disappear. After all the events, Chief Wright introduced the Squad to Commissioner Thaddeus Mulroney, successor to the late Talmadge Baldwin. Later, Maddie found out that the staff of Gryphon Sanctuary often stayed at Claiborne Hotel, prompting the team to go there to investigate.

Harold Coppersmith
Add a photo to this gallery 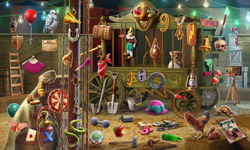 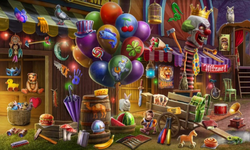 Fair Stands
Add a photo to this gallery

Retrieved from "https://criminalcasegame.fandom.com/wiki/Turn_for_the_Worse?oldid=409392"
Community content is available under CC-BY-SA unless otherwise noted.