Troy was a university student and the star quarterback of the University football team called the Grimsborough Quails. Troy had gray eyes, black hair and sported stubble. At the time of his death, Troy wore a blue American-Football kit, blue shorts and a blue helmet with the "Grimsborough Quails".

Troy had collapsed into the pitch five yards short of making a touchdown in their football match against the Wippeka Armadillos, with an incredibly swollen arm. Jones and the body then sent his body to Nathan, who noted that Troy was taking insulin to treat his diabetes. He then deduced that Troy had died of a heart attack from a blood clot formed by a mixture of the insulin and the erythropoietin (EPO) doping steroid placed on top of his medication by the killer.

Troy's main opponent in the rival team was head Armadillos quarterback Thomas Boedeker, who had viewed him as an equal. Troy's team's coach was Franklin Caldwell, who noted that Troy's dream was to make it into major football leagues. Troy's substitute was one Chad Baker, who he was also roommates with. Chad had noted that Troy used his fame as an excuse to treat everyone badly. This included Troy's (ex-)girlfriend, head cheerleader Madison Springer, who had been in a relationship with him for about six months (since the final match of the prior year's season) before she broke up with him for his infidelity, much to his anger. Troy also trusted his insulin in the infirmary with Nurse Karimah Breen.

The killer was discovered to be Franklin.

Upon discovering that there were to be talent scouts in the audience of the Quails vs Armadillos Match, Franklin decided to secretly dope Troy to improve his endurance. He then snuck into the infirmary when Nurse Breen had left, stole a bottle of EPO, and laced Troy's insulin with the doping drug, not knowing its fatal consequences. After the death, Franklin had tried framing Nurse Breen by breaking into the infirmary and placing the EPO in her fridge. Judge Hall sentenced him to 4 years in jail and indefinitely cessation of his teaching license. 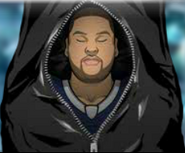 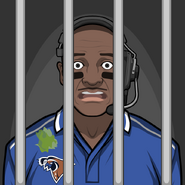 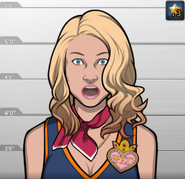 Retrieved from "https://criminalcasegame.fandom.com/wiki/Troy_Takiguchi?oldid=476650"
Community content is available under CC-BY-SA unless otherwise noted.