Criminal Case Wiki
Register
Don't have an account?
Sign In
Advertisement
in: Cases, Cases in The Conspiracy, Fairview

Gloria Hayes (All Chapters)
David Jones & Cathy Turner (Old Friends, New Beginnings 5)
Too Cruel for School is a case featured in Criminal Case as the fifth case of The Conspiracy (Season 5) and the two-hundred thirty-sixth case overall. It takes place in the Fairview district of Grimsborough.

Gloria and the player went to Fairview High School to investigate the Rocket Cow Killer targeting its students' parents. Upon getting there, however, science teacher Pippa Goldfinch reported a dead body in her classroom. There, they found senior Vicky Lopez, strangled and with her face burned.

Mid-investigation, Chelsea Bloom threatened to commit suicide in the drive-in theater over her grief. Later, Julian Ramis, a killer in a previous investigation, became a suspect. Furthermore, Gloria's son Carter ate canthaxanthin in the lab and thus turned green and able to glow in the dark. After the team arrested Julian for substance abuse, they found enough evidence to arrest Coach Kirk for the murder.

Upon admitting to the murder, Kirk said that Vicky had caught him checking the girls' shower room from time to time. He then told her not to tell anyone, but Vicky refused to stand down. When he talked to her in the classroom, Kirk got angry and threw sulfuric acid at Vicky's face. Realizing that she would testify against him for disfiguring her, he strangled her to death with a computer cable. Judge Powell sentenced him to 30 years in jail, not yet taking into account his actions against the cheerleaders.

Post-trial, Gloria and the player talked to Principal Rosamund Wilcox regarding the serial killer. She said that she had lost the files concerning the children of the Rocket Cow Killer's victims in the cafeteria. They found files, which (per Cathy) proved that each of the victims had a fight with their child shortly before they were killed. Carter then suggested that he and his mother fake a big fight to lure the killer to Gloria. Opposed to the idea, Cathy said the plan would put Gloria in danger despite any precautions she took. As no one had any options, Cathy opted to make a wireless panic button for Gloria just in case. Carter and Gloria then went to the front of the school and faked a fight before Carter left with the player back to the station.

Meanwhile, Jones and the player decided to drop Julian's charges, on condition that he attend counseling with Dr Greg Gibbs for his depression. Afterward, Gloria called the station to say that someone was following her at the drive-in before getting cut off. At the drive-in, Cathy and the player found Gloria's necklace seemingly broken after getting snapped off her neck, proving that the Rocket Cow Killer had captured Gloria. 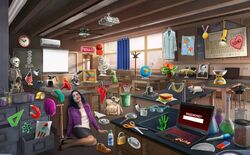 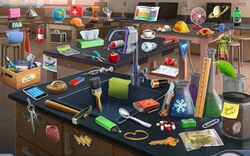 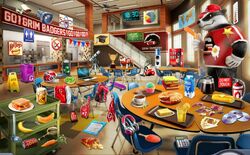 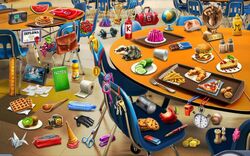 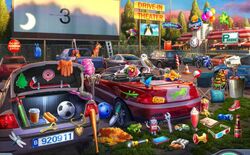 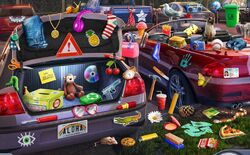