Gwen Harper (All Chapters)
Jacob Arrow (Beyond the Veil 2)

To the Lighthouse is a case featured in Criminal Case as the twenty-seventh case of Supernatural Investigations (Season 7) and the three-hundred forty-ninth case overall. It takes place in the South.

Gwen and the player entered Dr Daemon's cliffside mansion in order to get to the Smuggler's Cove Lighthouse, a known demon portal. In the mansion's aquarium room however, the team found FBI consultant Bucky Johnson electrocuted to death by a high voltage that also killed the sharks inside the aquarium.

Mid-investigation, the team saw the lighthouse flashing, but ultimately found nobody that had gone through. Later, the team had to stop housekeeper Edwina Pickles from cleaning up the crime scene. Fortunately, the team found enough evidence to arrest Edwina for the murder.

During the confrontation, Edwina revealed herself to be the demon Edwinata stationed in the mansion to ensure the safe arrival of the demons through the lighthouse. Bucky discovered her true identity, however, and so she silenced him so she could continue living in the mansion and not in the Netherworld. Edwinata then teleported away.

Post-trial, Dr Daemon's son Seth Daemon told the team that he saw a ghost named Belinda in the lighthouse who wanted to talk to the team. Gwen and the player then met with Belinda's ghost, who told them that she had been monitoring the team since her death. Before dissipating, she told the team that she saw a demon leaving a message on a stone tablet in the lighthouse. The team found the tablet, which (per Hope) stated that the demon queen was planning to rip the veil between the Netherworld and Earth, which was only possible during a planetary alignment taking place nine days from then.

Meanwhile, Chief Arrow and the player went back to the mansion and found Edwinata's historic account regarding the demons. Per Felix, the account revealed that Chief Arrow's mentor, master supernatural hunter Falcon, had bound the demon queen to Lily Arrow's body. The team then found Falcon, who revealed that he was working with Rathimael during the demon war. When the queen was defeated, the two of them knew that the queen's cage would have to be made of an utterly pure being, and Lily was the only one who met all the requirements as she was a good fairy who had her wings cut. In order to provide an appropriate vessel, Falcon got a vampire to drain Lily of her blood, and then he and Rathimael exhumed Lily's body from the cemetery one week after. He then went on to mentor the Chief to keep him from going mad after his wife's death.

George Mathison
Add a photo to this gallery

Ben Shepherd
Add a photo to this gallery 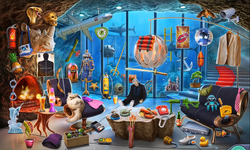 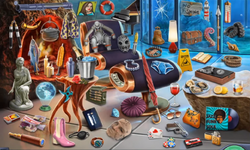 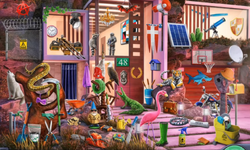 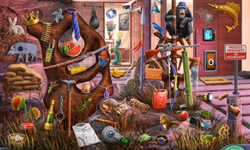 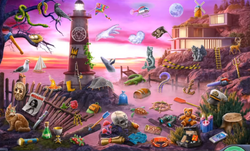 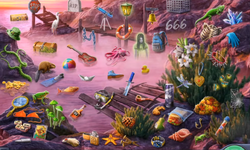 Broken Pier
Add a photo to this gallery

Retrieved from "https://criminalcasegame.fandom.com/wiki/To_the_Lighthouse?oldid=537147"
Community content is available under CC-BY-SA unless otherwise noted.