Gloria Hayes (All Chapters)
David Jones (Seeds of Destruction 6)
To Kingdom Come is a case featured in Criminal Case as the forty-eighth case of The Conspiracy (Season 5) and the two-hundred seventy-ninth case overall. It is the final case to take place in the Spring Fields district of Grimsborough.

After hearing an explosion outside the precinct, Gloria and the player went to the parking lot and found Mia Loukas in the player's patrol car, blown up by a bomb.

Mid-investigation, Chief Parker informed the team that one of the patrols had found a shack full of bomb-making equipment. Later, Mia's boyfriend Brock Perry argued with Martine, trying to see Mia's body. The team then found enough evidence to arrest Brock for the murder.

Admitting to the crime, Brock said that he was approached by some people from a nearby vineyard to hire him to kill the player, telling him that once the player had died, Mia would want to stay in Spring Fields permanently. He had resisted a few times, but gave in to the offer the night before after Mia had broken up with him. He then built a fertilizer bomb out of materials given to him and then rigged the player's car such that the bomb would be activated upon the turn of the ignition key. Unfortunately for Brock, Mia had turned the car on instead, killing her. Judge Powell sentenced him to life in prison.

Post-trial, mechanic Maylin Park asked Gloria and the player for help filing a restraining order against Christian Bateman who had hit on her in the café the night before, drunkenly talking about Plan Supernova. The team then went to the café and found a CCTV footage of a drunk Bateman admitting that the plan involved the meteorite while flirting with Maylin. The team then confronted Bateman, who denied the accusations regarding the attempted hit and Plan Supernova. The team then went to Denise Daniels to ask about the meteorite, who reported that S.A.R.A. operations were running smoothly and promised to keep a look out for Plan Supernova in DreamLife's files.

After talking to Bateman, the team also went to the shack where the bomb was built, where they found a phone which (per Cathy) Brock used to send a message confirming that the "deed was done" to Mayor Joe Warren, proving his affiliation with Bateman and the rest of Ad Astra. The team reported their findings to Chief Parker, who figured that the approval of the dome and Bateman's release were all done under his political supervision. She then said that they would confront the Mayor upon his return to Grimsborough from a business trip.

All the while, Jones and the player found and returned Father Paul Sheppard's eulogy for Mia's funeral. After all the events, the team attended the funeral headed by Father Sheppard, where he assured the attendees that they would fight against the evil inside and around them. After receiving news that Mayor Warren would return the following morning, Chief Parker instructed the team to head to the airport by dawn.

Maylin Park
Add a photo to this gallery 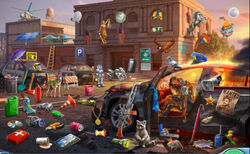 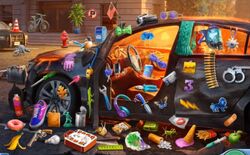 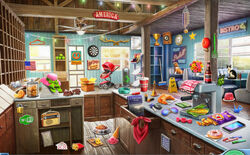 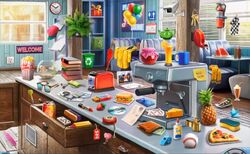 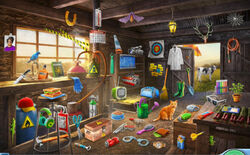 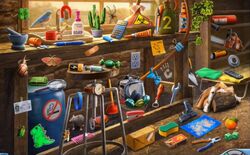 Bomb Equipment
Add a photo to this gallery

Retrieved from "https://criminalcasegame.fandom.com/wiki/To_Kingdom_Come?oldid=499509"
Community content is available under CC-BY-SA unless otherwise noted.