Gloria Hayes (All Chapters)
David Jones (Endgame 2)
To Eternity and Beyond is a case featured in Criminal Case as the fifty-sixth case of The Conspiracy (Season 5) and the two-hundred eighty-seventh case overall. It takes place in the Newmark district of Grimsborough.

Gloria and the player headed to the S.A.R.A. building to confront agency head Denise Daniels on why she was keeping tabs on the members of Ad Astra. Upon entering the building's lobby however, they found HAZMAT specalist Trishna Joshi, lying on a bench with her throat stabbed.

Mid-investigation, Cathy discovered that the killer had sent an anonymous threat from the training facilities under S.A.R.A. Later, Gloria started floating in the training room as retired astronaut John C. Birk had accidentally activated the zero-gravity setting. They later found enough evidence to arrest Birk for the murder.

Upon admitting to the murder, Birk said that Trishna had failed to sanitize the storage chamber on his spaceship on what turned out to be his final space flight, thus contaminating all his samples. The higher-ups blamed Birk for the oversight, however, and kept him grounded. When Birk saw Trishna in S.A.R.A. the day he was going to give a guest lecture, he could not contain his anger and so he stabbed her in the neck with a letter opener after he delivered his lecture. Judge Powell sentenced him to 15 years in prison.

Post-trial, botany student Summer Klein reported seeing two people fighting in the Newmark garden before one shot the other with ice coming from his hands. Gloria and the player then headed to the garden to chase after Christian Bateman and found Summer's camera, which (per Cathy) had footage of Bateman freezing Eoin Cafferey with his powers. They then talked to Eoin, who recalled that Bateman had mentioned "flying high", leading the team to speculate Ad Astra was planning to escape by air.

Meanwhile, Jones and the player found Denise's hairbrush in the S.A.R.A. headquarters. They sent a sample of Denise's hair to Amir, who used it to ascertain that Denise was Rozetta Pierre's mother. They then confronted Denise, who confirmed her relationship with Rozetta but denied being Ad Astra's puppeteer.

They then went back to S.A.R.A. HQ where they found Denise's personal documents, which (per Gabriel) proved that Denise had been researching on how to enhance the human race for a long time. He also found out that Rozetta was created with only Denise's mitochondrial DNA and that Denise had raised her to believe she was superior to others in every way. However, as Rozetta showed no signs of enhanced physical resilience or strength, Denise lost interest in her by the time she turned ten. With the evidence in hand, they headed back to S.A.R.A. to arrest Denise, only to find out from chief of staff Christine Ramsgate that Denise had already left S.A.R.A., taking all her belongings and documents with her.

After all the events, Cathy was able to trace a helicopter recently purchased by Bateman. They then went to where the helicopter was stationed to stop Ad Astra from getting away.

Otto Kessel
Add a photo to this gallery

Eoin Cafferey
Add a photo to this gallery 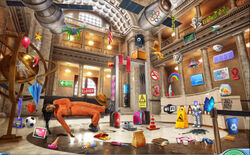 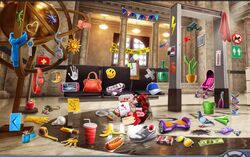 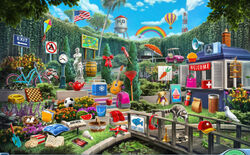 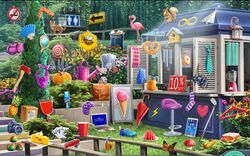 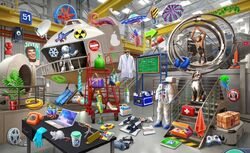 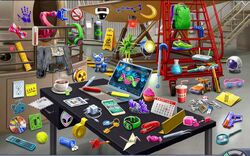 Astronaut's Desk
Add a photo to this gallery

Retrieved from "https://criminalcasegame.fandom.com/wiki/To_Eternity_and_Beyond?oldid=515042"
Community content is available under CC-BY-SA unless otherwise noted.