This American Death is a case featured in Criminal Case as the sixteenth case of Supernatural Investigations (Season 7) and the three-hundred thirty-eighth case overall. It is the first case to take place in the Midwest.

The team arrived at the suburban town of Parkford, Minnesota, where Luke and the player found the body of insurance claims adjuster Dan Kelly with his head bashed in in front of his house.

During the investigation, a mob of Parkford residents accused Gwen of being a witch due to her supernatural hunter look. Later, the victim's neighbour, Florence Brucker, called the police on the team, who then successfully diverted their attention by posing as FBI agents. The team then found enough evidence to arrest the victim's wife, Alice Kelly, for the murder.

Alice admitted that she was a golem created by Dan with the help of a witch, to replace the real Alice he had murdered. Scared by Dan's excessive control and his threats of killing her if she misbehaved, the golem under Alice's guise broke his skull with a shovel. The team then took the golem to Chief Arrow to determine what to do with her.

After the arrest, Gwen and the player went to the Kellys' house to find the real Alice's remains and found a bunch of ashes. Per Agent George Mathison, the remains belonged to the real deceased Alice. George also discovered that the Kellys had a son, Kevin, who went missing long ago. While George investigated into Kevin's disappearance, the team asked Florence about Kevin, however, she had no clues of Kevin's whereabouts.

Meanwhile, Luke and the player, with the help of waitress and wiccan Heather Night, identified Agnes Leek as the witch who helped Dan create the golem. The team then talked to Agnes, who said that golems had to be deactivated once they went rogue. After successfully deactivating the fake Alice with Agnes' instructions, the team contacted Agnes again to get the mind-protecting spell they needed to talk with Arthur Darkwood. Agnes said they first needed to solve a riddle saying "strong winds will take you to the land where hearts fall to become crimson blooms below" with the help of a magic golden compass.

After finding the magic compass in Parkford's main street, the team deduced that the first part of the riddle, "strong winds", might refer to Chicago, which was also known as "The Windy City". After the compass validated their hunch, the team headed to Chicago.

Moose Nylund
Add a photo to this gallery

Agnes Leek
Add a photo to this gallery 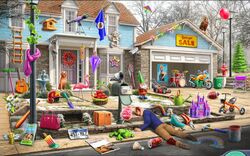 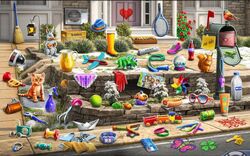 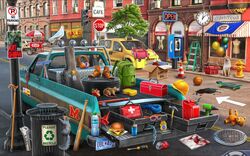 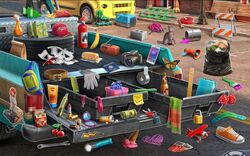 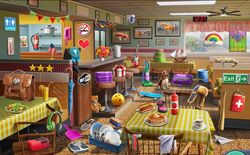 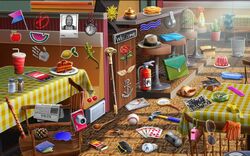 Café Counter
Add a photo to this gallery

Retrieved from "https://criminalcasegame.fandom.com/wiki/This_American_Death?oldid=524104"
Community content is available under CC-BY-SA unless otherwise noted.