The Wrath of Khan is a case featured in Criminal Case as the thirtieth case of Travel in Time (Season 6) and the three-hundred twenty-first case overall. It is the final case to take place in Medieval Asia.

Jack and the player met with Ogedei Khan and Ammon Bast, only for the Khan to inform the team that the Mongolian's ally, Spanish explorer Santiago Sanchez, had been found dead on the Great Wall. With the Khan ready to blame the murder on the Chinese, he decided to hold off the attack to allow the team to investigate.

During the investigation, the team flagged Kai as a suspect, having learned that he talked with Santiago. Soon after, Tokiko Gojo demanded to know why the team was fraternizing with their enemy. Later, the team learned that Penelope had told Kai the reason why Theo was starting to vanish: Princess Torgoljin was not falling in love with the "correct" man as she was starting to get together with Santiago. Having seen him fight with Santiago over this, Torgoljin accused Kai of the murder, threatening to have him executed if they did not find the killer in time. With the war and Kai's life on the line, the team found enough evidence to find Ammon guilty of the murder.

Ammon confessed to beating Santiago to death with a meteor hammer to provoke the Khan into waging all-out war against the Chinese. Telling the team that the damage he had dealt to the timeline was irreversible, the team handed him to the Khan, who proceeded to slash Ammon's throat with a sword as punishment. The Khan refused to back down from the war, however.

Post-trial, Tokiko asked Jack and the player to sabotage the Mongols' gunpowder to give them a fighting chance. The team then found the gunpowder stash in the Mongol camp, which Kai was able to neutralize. They then returned the gunpowder to General Subutai, claiming to have found it after it was stolen.

Meanwhile, Penelope told the player that while Santiago's death stopped Theo from vanishing, he was not regaining his vanished arm because Torgoljin had still not met his ancestor, Chinese soldier Kong Wan Chun. They then found his diary in the Chinese camp, which (per Marina) proved that he was in charge of flying a kite to monitor the enemy's movements on the Great Wall. As Torgoljin also enjoyed kite flying, the team arranged for them to meet on the Wall, after which the couple proceeded to run away from the war together, restoring Theo's ancestry.

After all the events, Orlando told the team that even with the destruction of the Chinese Empire averted, Ammon was right in that the destruction dealt to the timeline both by the Ptolemy Dynasty's and the team's presence was too drastic. He then proposed that they travel to the last point when history was still intact — 47 BCE during their investigation into Julius Caesar's murder — in order to arrest Ammon and Nebet before they could sabotage their time machine and alter history. Even with the risk of creating a paradox by interacting with their past selves, Amy approved of the plan in order to fix history once and for all.

Tokiko Gojo
Add a photo to this gallery 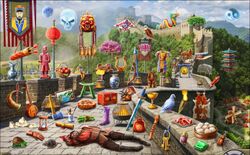 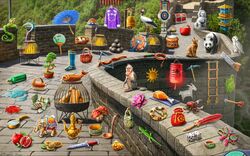 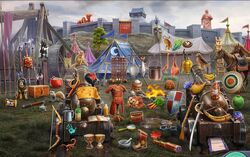 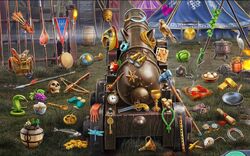 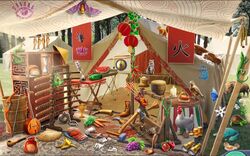 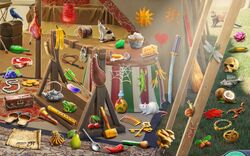 Chinese Tent
Add a photo to this gallery

Start a Discussion Discussions about The Wrath of Khan