The Wollcrafts' Creature is a case featured in Criminal Case, appearing as the thirtieth case of the game as well as the city of Grimsborough. It takes place in the Historical Center, a district based in Grimsborough.

After the electricity went down in the station, Ramirez informed the player and Jones that the whole Historical center is in the dark which was caused by an overload in 301 Shelley Street. After they reached the spot, they found a girl who was found electrocuted at the garage laboratory. The team found out that the garage owner was a scientist named Victor Wollcraft. They interrogated him and started the murder investigation.

Mid investigation, Ramirez informed the team that the victim was an animal rights activist named Claire Godwin who worked in the Grimsborough Museum. The killer turned out to be the victim's boyfriend and the son of Victor, Percy Wollcraft.

When her dog, Elphaba, died, Fran Wollcraft (Percy's mother) was heartbroken since they had trained very hard for the annual Dog Pageant competition. Fran's husband, Victor Wollcraft, a respected scientist, could not watch his wife in such a state, so he dug up old theories on reanimation and decided to give it a shot. He tried to reconstruct Elphaba by using stolen bones and other cadavers' body parts.

Claire discovered about this and as an animal rights activist, she found it disgusting and wrong, and threatened Percy that she would report the Wollcrafts' criminal endeavors to the police. Percy could not allow this to happen to his parents, and decided to kill Claire. He connected the victim into one of his father's experimental machines and then turned it on. The machine could not sustain the voltage and overheated, electrocuting Claire, who instantly died after being fried alive.

Judge Hall made it clear that she would discuss the Wollcrafts' offenses some other day and sentenced Percy to 30 years in jail.

Constance Bell
Add a photo to this gallery 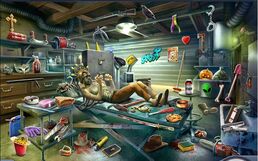 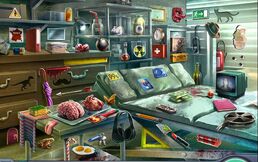 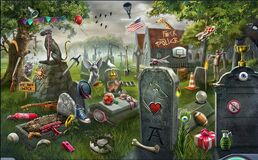 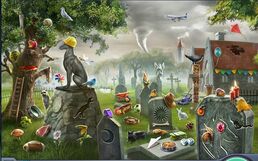 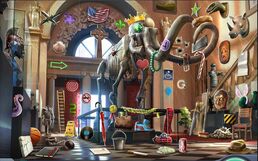 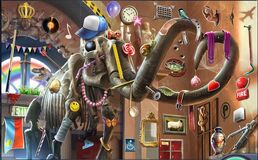 Mammoth Skeleton
Add a photo to this gallery

Retrieved from "https://criminalcasegame.fandom.com/wiki/The_Wollcrafts%27_Creature?oldid=529350"
Community content is available under CC-BY-SA unless otherwise noted.