The Witching Hour is a case featured in Criminal Case as the forty-third case of Mysteries of the Past (Season 4) and the two-hundred fourteenth case overall. It is the first case to take place in the Grim Chapel district of Concordia.

After getting lost in the Grim Chapel woods, Maddie and the player stumbled upon a pond, where they found the drowned body of herbalist and midwife Aubrey Miller, with "WITCH" written on her chest with blood.

Mid-investigation, the victim's husband, William Miller, got into a fight with a mob claiming his wife to be a witch. Later, Maddie calmed Charlie down with a kiss after he claimed that he was cursed. Afterwards, the team found out that the witch rumor came from Abigail Walcott's attempt to hide her affair with William. They later found enough evidence to arrest Cordelia Putnam for the murder.

Cordelia eventually admitted to the murder. She had been going to Aubrey for fertility treatment after she suffered many miscarriages. When she heard of the rumor of Aubrey being a witch, she then believed that she was causing her miscarriages instead. Enraged, Cordelia confronted Aubrey, bashed her head with a stone, tied her to a dunking bar, drowned her, and wrote "WITCH" on her chest. Judge Lawson sentenced her to 25 years in prison.

After the trial, Maddie and the player searched the town square to investigate the Rochesters' possible dealings. They found a scroll with a message from "the Devil", which (per Evie) advised the receiver to use a fireball to commit a murder so the murder would look supernatural. They then talked to George Okamoto, who said that a person merely needed to leave a message for "the Devil" on the pond to get assistance in a murder. On the pond, they found a chest with gold coins coming from Larry Rochester. When the two accused him of using the Devil's services to commit Sandra Hwang's murder, Larry merely denied the accusations and taunted the team regarding the Rochesters' power.

Meanwhile, the team helped Viola in her meetup with her father, Horatio Rochester. After all the events, Judge Lawson said he had filed his candidature for the position of Deputy Mayor to help restore law and order to Concordia. The team then told Judge Lawson that exorcising the Devil was their utmost priority.

Abigail Walcott
Add a photo to this gallery

Larry Rochester
Add a photo to this gallery 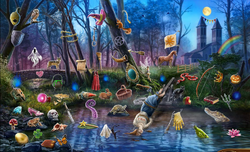 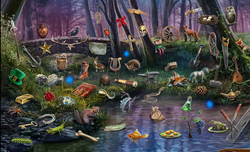 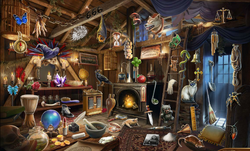 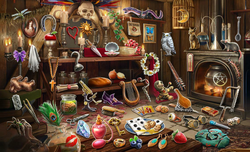 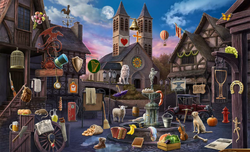 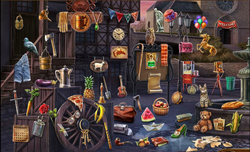 Street
Add a photo to this gallery

Retrieved from "https://criminalcasegame.fandom.com/wiki/The_Witching_Hour?oldid=539040"
Community content is available under CC-BY-SA unless otherwise noted.