The Truth Hurts is a case featured in Criminal Case as the twenty-fourth case of The Conspiracy (Season 5) and the two-hundred fifty-fifth case overall. It is the final case to take place in the Old Town district of Grimsborough.

Gloria and the player rushed to the New Age Fair to confront Steven Crowe, who was there to recruit more members into The Higher Truth before the cult's mass suicide. There however, they found Steven stabbed in the eyes with his own earrings.

Immediately after finding the body, the team called in Gabriel to ensure the cult did not go through with the suicide, along with flagging him as a suspect. Later, Gabriel told the team to interrogate Grayson Rosewater, the cult adjunct and Steven's next-in-line, in the cult headquarters. Soon after, the cult members started rioting in the headquarters, wanting to initiate the mass suicide before Grayson calmed them down. The team eventually found enough evidence to incriminate one of Steven's most loyal disciples, Skylar Sage.

Admitting to the murder, Skylar said that she had confronted Steven regarding where the "donations" to the cult was going to during the fair. When Steven refused to give a concrete answer, she concluded that he was only using the cult to get rich and was probably not going to partake in the mass suicide. Blinded with rage, she had knocked him out with a rock and then stabbed his eyes with his earrings. Judge Powell sentenced her to 25 years in prison.

Post-trial, Gloria and the player went to Steven's room to find out where the cult's money was allocated. There, they found a microchip which (per Cathy) contained the last will and testament of many cult members who pledged their personal assets to DreamLife. After Grayson denied knowledge of the scam, the team searched through the victim's room once more and found a surveillance camera with footage of Grayson telling Rozetta Pierre that DreamLife's satellite project would gain enough funding through the cult.

When the team confronted Grayson again, he admitted to being a DreamLife employee. He said that when he had discovered the existence of a cult that worshiped the satellite, he joined the cult, easily gained Steven's trust, convinced him to ask his members for money, and simply agreed with Steven's mass suicide plan in order to gain funds for DreamLife. The team then arrested Grayson, with him laughing at the team for thinking the dome was hiding a satellite before he was taken away. The team then tracked down Rozetta, who claimed that she fired Grayson after discovering his inhumane plan to get funds for the company. She also insisted that the dome was not hiding a satellite.

Meanwhile, Gabriel and the player was able to get Dr Jennifer Russo, Tony Marconi's psychotherapist who also specialized in the deprogramming of cult members, to dispatch a group of counselors in order to help the cult members return to their normal life. After reconvening, Chief Parker said the team was going to transfer to Maple Heights per the Mayor's orders, since public safety was at risk.

Elvira Milton
Add a photo to this gallery 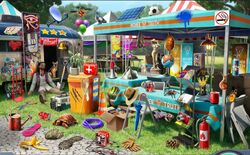 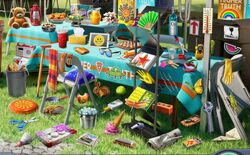 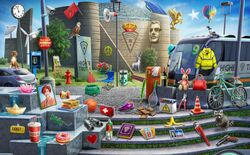 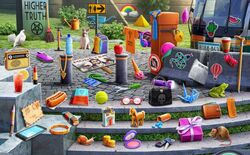 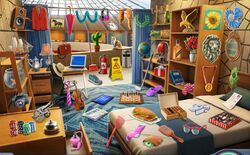 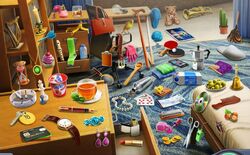 Victim's Desk
Add a photo to this gallery

Start a Discussion Discussions about The Truth Hurts