Shortly after meeting up with Priya in Yellowstone, Gwen and the player headed to the magical tree, only to find the tree with its core ripped out and alpha werewolf Annette Strong's heartless body propped up against it.

Mid-investigation, Felix told the team that the killer left a trail of magical essence of the tree core stopping at a nearby viewpoint. Later, the team caught Priya arguing with werewolf Zander Stark, who felt betrayed at the revelation that she only joined the pack to give the team intel on them. The team then found enough evidence to arrest environmental activist Zeke Davis for the crime.

When he was confronted, Zeke revealed himself to be the demon that R.J. Fielding, Jesse Adams, Justine Bankston and their associates summoned in Amarillo five years prior. Zeke then admitted that he killed Annette after she tried putting up a fight as he was taking the tree core. He then said that he would be taking it to the Netherworld before teleporting away.

Shortly after, Chief Arrow and the player asked master hunter Falcon for advice in banishing Zeke. He advised the team to collect the magical essence from the core and apply it on their weapons to amplify their power. The team did as instructed with help from Ben. They then went to the viewpoint, where they found a message from Zeke telling them to meet him at the viewpoint at midnight. Meanwhile, the player joined Priya in talking to Zander, telling him about Annette's affiliation with Arthur Darkwood and giving him a book detailing the complete history of their pack.

At midnight, the team confronted Zeke, who easily melted their weapons. Zeke then revealed that he was led to the tree after reading the team's thoughts. Before Zeke could land a finishing blow, Arthur appeared in his demon form and banished Zeke into the Netherworld. Arthur then told the team that he, and all the demons roaming the Earth, could read their thoughts, which was the reason why he was so secretive with the team. Arthur then told the team that he was going to tell them his reason for being on Earth, but only after they went to the coven of witches in the Midwest and ask them for a spell to shield their minds against attacks from demons. He also said that it was imperative they did not contact him before then. With Arthur's advices in mind, the team headed to the Midwest. 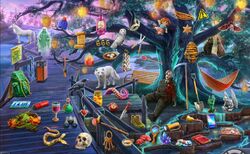 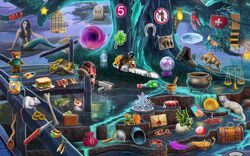 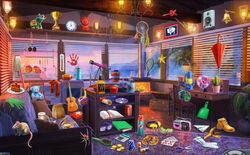 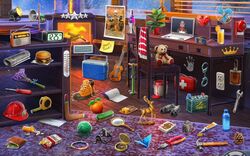 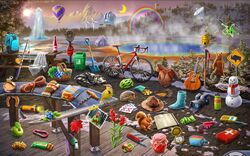 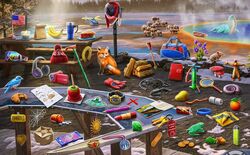