The Third Degree is a case featured in Criminal Case as the twenty-fifth case of Supernatural Investigations (Season 7) and the three-hundred forty-seventh case overall. It is the final one to take place in the East.

After Chief Arrow informed FBI Agent George Mathison of Theresa Rosenthal's death in the FBI headquarters, George accompanied the player in investigating her death. The team then headed to the FBI interrogation room, where they found Theresa's body with a bullet wound to the head.

Mid-investigation, the team found Theresa's home address in Virginia and investigated there. They then met her ghost, whose memory was too hazy to remember any details about her death. However, Theresa's ghost later revealed to them that she was interrogated by a demon who drove her to suicide. The team then found enough evidence to uncover FBI consultant Reggie Pratt as the demon who killed Theresa.

Gwen and the player confronted Reggie, who admitted that he drove Theresa to suicide by digging through her memories for any information regarding Rathimael and the fifth key to the demon queen's cage. He then revealed himself to be the demon that infiltrated Gwen's mind throughout the Midwest. He then told the team that they already knew about the fifth key before teleporting away.

Post-confrontation, the team convened with Arthur Darkwood. Luke and the player then headed to Theresa's house for information on the baby serving as the fifth key, where they found a picture of Rathimael under the guise of Bob Nelson along with the baby. The team then gave the picture to Ben, who said that it would take some time for him to find out the identity of the baby with the help of a program on Hope's computer.

Meanwhile, FBI consultant Bucky Johnson presented to Gwen and the player a recording of a demon that he had taken in FBI HQ. After telling Agent Johnson to keep quiet regarding the demon, the team found the recording of Reggie Pratt saying that "the queen's faithful have the final key", proving that the demons had gotten their hands on the fifth key.

After all the events, Ben told the team that the fifth key was Hope herself, meaning that the demons had Hope. Arthur then told the team that they still had a fighting chance as Rathimael placed the cage in an alternate dimension that had forces waxing and waning periodically, allowing the cage to be strong and weak at different times, and so the demons would wait until the cage was weak to free the queen. Arthur, Chief Arrow, and the player then went to Theresa's house and found the jumper artifact that would transport Chief Arrow and the player to the alternate dimension. The three transported to the dimension and saw Reggie carrying Hope to the cage. After the demon queen's cage was unlocked, a freed Lily Arrow greeted her husband, much to Chief Arrow's surprise.

Dolores Harper
Add a photo to this gallery 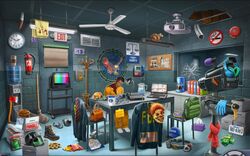 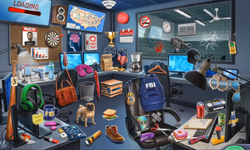 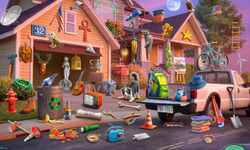 Victim's Pickup
Add a photo to this gallery

Retrieved from "https://criminalcasegame.fandom.com/wiki/The_Third_Degree?oldid=534152"
Community content is available under CC-BY-SA unless otherwise noted.