The Summoning is a case featured in Criminal Case, appearing as the twenty-sixth case of the game as well as in the city of Grimsborough. It takes place in the Historical Center, a district based in Grimsborough.

Upon Ramirez's reports of a murder, the player and Jones headed to Grimsborough crypt and found the body of Cooper High student Simon Armstrong, who was found lying dead in his own blood with symbols (occult drawings of pentagrams) carved into his chest. The killer turned out to be Ophelia Lincoln, also a high schooler and a friend of the victim.

Ophelia had a mental illness and suffered from lapse of memory. One night, while she was in a crypt helping Simon, she suddenly had a nightmare and saw all sorts of weird things. She was out of her mind, and as a result, she killed Simon without any thinking. Since Ophelia had no control over her actions due to her illness, Judge Hall sentenced her to stay 3 years at the Grimsborough Psychiatric Hospital, at the end of which the court would re-evaluate the sentence given to her.

Elvira Milton
Add a photo to this gallery 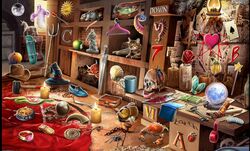 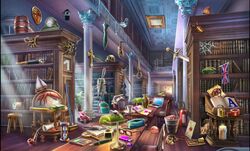 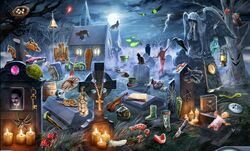 Tombstones
Add a photo to this gallery

Retrieved from "https://criminalcasegame.fandom.com/wiki/The_Summoning?oldid=496020"
Community content is available under CC-BY-SA unless otherwise noted.