Amy Young (All Chapters)
Frank Knight (1 task in The End 2)
The Sting of Death is a case featured in Criminal Case, appearing as the one-hundred fourteenth case of the game. It is the fifty-eighth case of Pacific Bay and the second to take place in The Wastes.

Previously, Karen Knight held the player and Amy at gunpoint to take them as prisoners for Meteor Systems. In prison, the player picked their lock and Amy's. They went outside the facility only to find Karen dead, scorpions crawling into and out of her eyes.

During the investigation, the two found out that Meteor Systems had bailed out twice-arrested Grimsborough criminal Alden Greene and criminal shark expert Trevor Finn. They also saw Karen's holographic message to the player stating that Meteor Systems really was trying to take over Pacific Bay — but only after they destroyed it. After that, Agent Z revealed that the city was being bombed. Despite this, the investigation continued and Alden was revealed as Karen's killer.

Alden revealed that Karen had no vision of the future. He also revealed that he destroyed Pacific Bay so his "master" could give him "the most priceless gift of all". Before he could give any more details, he was shot down by Frank.

After locking up Frank, the two found Karen's notebook. Amy and the player questioned Frank about their daughter. Frank said that their eldest daughter, Laura, was run over. The grief proved too much to bear, leading to Frank's alcoholism and divorce. However, just a few months prior to the case, his other daughter Daisy fell into an irreversible coma due to meningitis. Karen and Frank rekindled due to the tragedy. He then stated that Karen stole the plutonium to power up a supercomputer where they could upload Daisy's consciousness into. Realizing that the plutonium was meant to destruct Pacific Bay, Karen wanted to put a stop to the plan and kidnapped Amy and the player so they could get inside headquarters and investigate.

Meanwhile, Amy and the player also found out from Dr Rascher that the supercomputer, Albert Tesla, founded Pacific Bay and was the true mastermind behind the bombing. Tesla said that the bombing was staged to cleanse the crime-saturated city and that he intended to uploaded the consciousness of the people who obeyed him into a supercomputer where they would find a crime-free virtual utopia.

Frank wanted to stop Tesla so he ran away. Finding a map and with the help of Agent Z, Amy and the player figured out he charged at a lookout point, where Frank believed Tesla's mind was. The two reached the lookout point, only to hear a gunshot before they could find and subdue Frank.

Trevor Finn
Add a photo to this gallery 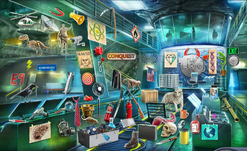 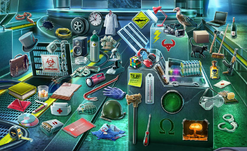 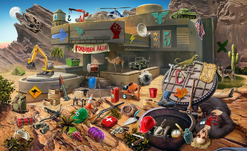 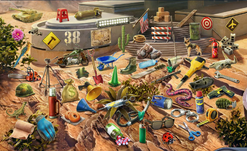 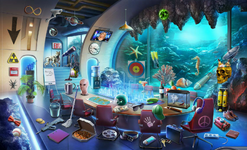 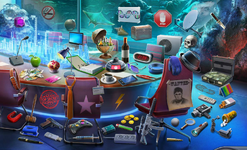 Conference Table
Add a photo to this gallery

Retrieved from "https://criminalcasegame.fandom.com/wiki/The_Sting_of_Death?oldid=548079"
Community content is available under CC-BY-SA unless otherwise noted.