The Saddest of All Keys

The Saddest of All Keys is a case featured in Criminal Case as the third case of The Conspiracy (Season 5) and the two-hundred thirty-fourth case overall. It takes place in the Fairview district of Grimsborough.

Chief Parker told Jones and the player to secure the Grimsborough Arena for the reunion concert of The Henge, an English rock band. In the arena, they found the band's lead vocalist, Ian Devine, bleeding out from every orifice in his head.

Mid-investigation, conspiracy theorist Izzy Ramsey loudly proclaimed outside the arena that the real Ian had actually died in 1969. Later, Boris Chiswick's Irish Wolfhound scared the team before Boris came and took him away. The team then found enough evidence to arrest the victim's manager, Kevin St Kevin, for the murder.

Upon admitting to the murder, Kevin said that The Henge's reunion tour was failing financially because there was not much hype around them anymore. Knowing that a band's record sales go up when one of its members dies, Kevin used a sound-emitting device to play an infrasound frequency that liquefied Ian's brain tissues. Judge Powell sentenced Kevin to 25 years in jail for the murder.

When they were talking to him, Tank said that Emma kept track of everything she ate. He directed the team to the arena to find his briefcase containing her food diary. Gloria and the player found the diary, which (per Martine) proved that Emma drank Rocket Cow on the day of her death, much like David had. Martine then contacted the hospitals to learn more about the stomach contents of the other nine casualties.

Meanwhile, Cathy and the player took Alex to the airport so he could meet Boris, his musical idol. After all the events, Martine was able to confirm that all of the ten people who died of heart failure had drunk Rocket Cow on the day of their deaths. With a shipment of amlodipine going missing from the zoo, Martine concluded that someone had orchestrated all eleven known deaths. After the team reported their findings to her, Chief Parker told everyone to stay alert for the serial killer.

Rose Sweet
Add a photo to this gallery

Cathy Turner
Add a photo to this gallery 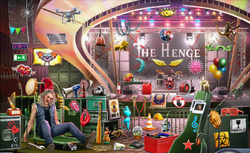 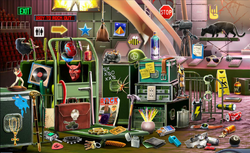 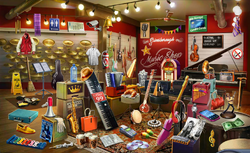 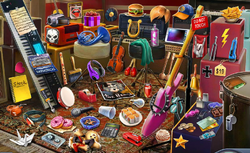 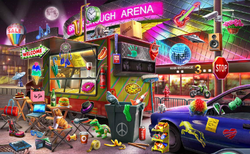 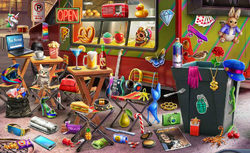 Food Truck
Add a photo to this gallery

Start a Discussion Discussions about The Saddest of All Keys