The Root of All Evil

The Root of All Evil is a case featured in Criminal Case, appearing as the sixty-fourth case of the game and the eighth case of Pacific Bay. It takes place in Bayou Bleu, a district based in Pacific Bay.

For drinking in court, Frank was ordered to clean the forest as community service. Andrea also sent the player to watch after him. In the forest, they found the body of Lieutenant Nora Lewis, eaten by a giant carnivorous plant.

During the investigation, Hannah discovered that Nora was investigating Project A.U.D.R.E.Y., a top secret scientific project involving plants. Later on, Colonel Spangler arrested Hannah for hacking into the Army services. Andrea bailed her out by blackmailing Spangler. The team found enough evidence to arrest Ray Westman for the murder.

Ray admitted to the crime after denying involvement. He then said that Nora wanted to destroy Julian, his giant carnivorous plant. Ray had been working very hard to grow Julian and he could not stand when Nora threatened to kill the plant. He then knocked her out with her gun. Fearing that Nora would call the Army after waking up, he covered her with fertilizer and fed her to Julian. Judge Dante sentenced him to 40 years in jail.

After the trial, Andrea found out that the Army still had Hannah's laptop. After forcing Spangler to return it, the team found the laptop at the military bootcamp. However, Hannah discovered it was fried by an EMP at A.U.D.R.E.Y's secret lab. There, they found a small incubator, revealing that Spangler was trying to reopen the project. Upon further interrogation, Spangler gave up after Hannah informed him that the incubator was no longer functional.

Meanwhile, the player helped Frank to continue his cleaning work in the forest. They found a broken skull which (per Roxie) belonged to an endangered monkey species. Roxie also found drawings on the skull, which matched Erikah Mabayo's voodoo props. The team then fined Mabayo for improper handling of endangered species.

Ray Westman
Add a photo to this gallery 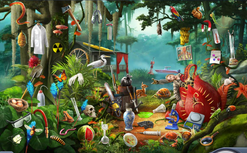 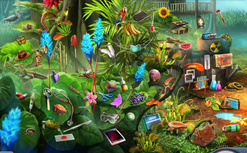 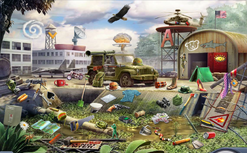 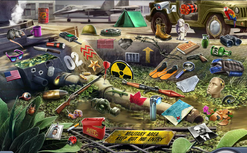 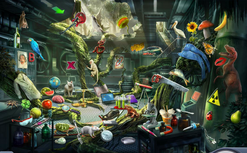 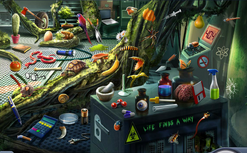 Laboratory Equipment
Add a photo to this gallery

Retrieved from "https://criminalcasegame.fandom.com/wiki/The_Root_of_All_Evil?oldid=418369"
Community content is available under CC-BY-SA unless otherwise noted.