The Poisoned Truth is a case featured in Criminal Case, appearing as the fifty-fourth case of the game as well as the city of Grimsborough. It takes place at the Airport, a district based in Grimsborough.

Rosie Gatewood, a famous history novelist, pleaded with Jones and the player to meet her at the Pilgrim Museum so she could issue them a lead which would help them in incriminating The Crimson Order. Rosie was hit by a blow dart to the neck as she attempted to reveal a deadly secret about the Crimson Order to the team. Rosie gave a concise lead called "White Acres" before she slumped to the floor. After Rosie died, the team canvassed the museum declaring Rosie murdered. With the White Acres painting on-hand, Jones dressed like a pilgrim to investigate the scene as it was in 1645, and managed to find the artifacts that caught their interest. The team heard stories about the miracle baby cover-up and with Rosie's dying lead leading to a secret cave of an unsolved murder, the team managed to deduce the White Acres secret linked to Rosie's murder (which both the player and Jones witnessed). After thorough investigation, Ashton Cooper, the descendant of William Cooper, founder of Grimsborough City, turned out to be Rosie's killer.

Rosie was about to expose the Crimson Order as insidious manipulators and the secret society did not want that to happen. They gave Ashton the order to kill Rosie so he could join them. For Ashton, the Crimson Order was proud of the city his family founded, as well as him, so he used "Killer Cards" and his purple lens monocles to follow the execution order, and to do what the Crimson Order wanted, Ashton hand-made a poisonous blowdart (using natural poisons from rare plants) so that he can discreetly kill Rosie in spite of Jones and the player catching wind.

At court, without any remorse, Ashton once again claimed that he committed the murder for the eternal glory of Grimsborough, and determinedly said to Judge Hall that putting him inside prison would change nothing as he could still act as a Crimson brother, which were grounds for Ashton to receive a lifetime jail sentence for the murder of Rosie Gatewood. As Ashton was taken away, he wanted to notify the player that "their days are numbered" on behalf of the Crimson Order, but Jones furiously countered that the Crimson Order did not scare his partner at all and that it was them who should be afraid instead.

At the finale of the case, Officer Ramirez hurriedly came in to the station to inform the team with the shocking news that Tess Goodwin was on the loose.

Baxter Trask
Add a photo to this gallery 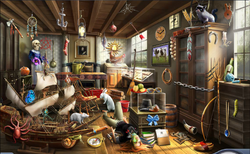 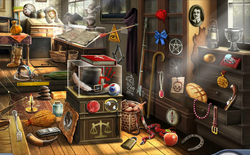 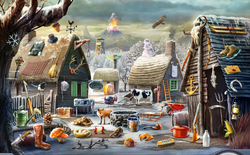 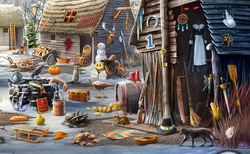 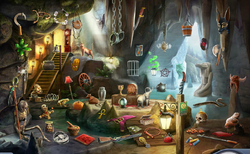 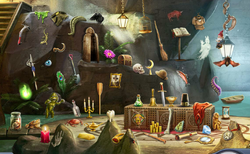 Altar
Add a photo to this gallery

Retrieved from "https://criminalcasegame.fandom.com/wiki/The_Poisoned_Truth?oldid=516342"
Community content is available under CC-BY-SA unless otherwise noted.