Disguised as rebel leaders, Jack and the player went to a rooftop golf course in Dubai to meet arms dealer Seamus Cummings and purchase a large amount of weapons from him, in order to have him to inform The Sword about them. However, they found Seamus' body with a bullet wound in the chest.

During the investigation, Elliot tracked Seamus' stolen money to the slums of Dubai. Later on, Seamus' wife Fiona Cummings and pop star Vanna Alabama got in a fight over the weapons dealer's affair with Vanna. The team found enough evidence to arrest Fiona for the murder.

Fiona initially denied the accusations but then admitted to the crime. Damien Cummings, Fiona and Seamus' son, had accidentally killed himself while playing with the gun that Seamus left unattended. Seamus then had covered the incident up by saying the baby had been killed in a drive-by shooting. When she discovered the truth, Fiona felt fooled and betrayed, thus shooting Seamus with his own gun. Judge Adaku sentenced her to 10 years in prison.

Moments after the trial, Ingrid reported that Andrew Stern, US Ambassador Jessica Stern's son, was kidnapped. Jessica said that Andrew had disappeared after going to the toilet at the underwater bar, where the team investigated to find his teddy bear with a tracking device inside. As Jessica could not track her son without her phone, the team looked for it at the underwater bar, where they found, instead, a note from The Sword with (per Lars) Andrew's tears, which led the team to deduce that The Sword was behind the kidnapping. Carmen and the player then investigated the rooftop golf course and found Jessica's phone, which tracked Andrew to the middle of the Persian Gulf.

Jack and the player then asked hired gun Jonah Karam for help regarding the kidnapping. Jonah said that The Sword's modus operandi was to ship their victims out of the country, and then pointed them to the slums. With the help of Mossad agent Asal Hawaa, they found a message implying (per Dupont) that The Sword had been luring the Bureau into a trap.

Jessica then rushed into the headquarters and said that she had tracked Andrew to Iraq, prompting the Bureau to head to the country with hopes of rescuing him, despite their knowledge that a trap was being laid out for them. 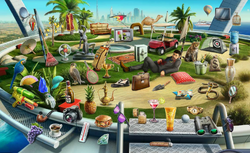 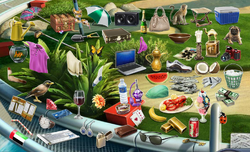 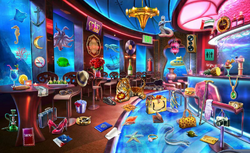 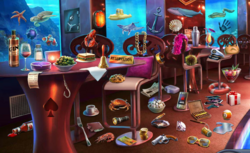 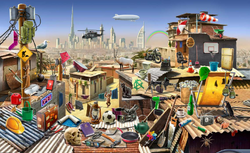 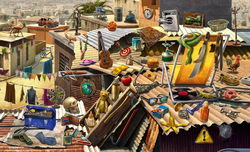