The Bureau followed Sanjay Korrapati to Kyushu. Tsukada Chieko led Carmen and the player to the body of her brother, Tsukada Hiroshi, who had an arrow to the back in a temple garden.

Sanjay contacted Carmen and told the cops that SOMBRA ordered the brainwashed orphans to kill one another until only one survived—an event they called "The Hunt". Chieko, Sanjay, SILVERee, and Ronin Ozawa were all detained for involvement in The Hunt, with Ronin being arrested for weapon and orphan trafficking. Furthermore, June Douglas narrowly killed her sister, April, after Chieko taught her how to use a crossbow. Eventually, Obaasan was arrested for Hiroshi's murder.

After denying involvement, Obaasan admitted that she shot Hiroshi with a crossbow because she accused him of being weak for refusing to take part in The Hunt. Furthermore, Obaasan believed only SOMBRA could provide the children with a good future. Judge Adaku sentenced her to life in jail for Hiroshi's murder, the abduction and brainwashing of orphans, and obstruction of justice.

Post-trial, SILVERee returned the orphans their most valuable possessions to help them out of their brainwashing. With his and Marina's help, the player restored Sanjay and Chieko's memories of their friends. The cops released the three from detention and offered to get Sanjay and Chieko a family via Spring Angels, Lars and Angela's foundation. While Chieko liked the idea, Sanjay refused to be adopted by strangers, so Carmen agreed in being his legal guardian.

Ronin negotiated his freedom with Jonah and the player by helping them track down the orphans who still believed they had to kill one another. Ronin pointed the cops to a command unit in the temple, which Elliot used to stop The Hunt. Ronin then directed the cops to the abandoned classroom for information about SOMBRA's future plans. They found a DVD which (per Elliot's analysis) contained a prerecorded message with an unknown girl telling the sole survivor of The Hunt to go to Bangkok, Thailand.

Ronin was released for cooperating with the authorities and the triplets were sent home. Chief Ripley sent the Bureau to Bangkok to follow the lead they had found in the classroom. 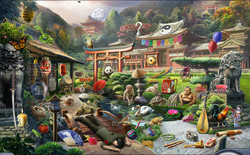 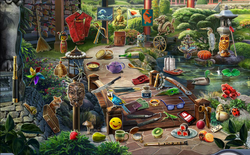 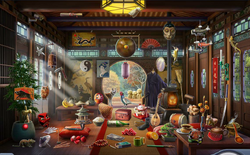 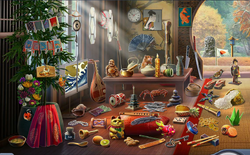 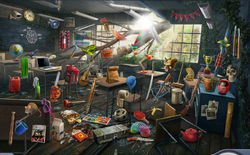 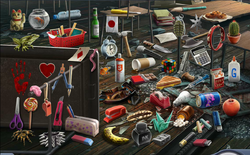