David Jones (All Chapters)
Gabriel Herrera (The Moment of Truth 1)
Ray Parker (2 tasks in The Moment of Truth 1)
The Lost City is a case featured in Criminal Case as the nineteenth case of The Conspiracy (Season 5) and the two-hundred fiftieth case overall. It is the first case to take place in the Old Town district of Grimsborough.

Mid-investigation, Rupert said the archaeologists frequented the Pink Tea Leaf like he did. Later, Ramirez said that the city hall employee Theresa Cole had hired him to follow Karen around. The team then found enough evidence to arrest Theresa for the murder.

Upon admitting to the murder, Theresa said that she was exhausted from all the people hounding her ever since Xerda was discovered, and that she wanted Xerda gone to get her life back. One sleep-deprived night, she thought that an unsolved, strange murder would scare everyone from the site and would force the dig to be shut down. On her next visit to the dig, she snuck up on Karen, tied her up, and then pumped her homemade tar into her throat till she had suffocated. Judge Powell sentenced Theresa to 10 years in prison with mandatory counseling.

Post-trial, Jones and the player talked to Skylar Sage about her cult, The Higher Truth. She said that they were followers of The Enlightened One, who supposedly imparted his wisdom gained from The Higher Truth. She also let slip that he talked to his followers in the tea room, so the team went there and found the cult leader's speech. Per Cathy, the fingerprints on the speech sheet belonged to Steven Crowe, whom the team last met five years ago. They talked to Steven, who said that he believed the messenger of The Higher Truth came in the form of the satellite that crashed in the forest a year prior. Steven denied being connected to DreamLife, claiming that he was beyond "material concerns" before he left in order to meditate.

Meanwhile, Gabriel and the player—with the help of Alex, historian Ray Parker, and archaeologist Bruno Camper—discovered that Xerda fell into decline due to a devastating earthquake. After all the events, the team resolved to look deeper into The Higher Truth.

Ray Parker
Add a photo to this gallery

Steven Crowe
Add a photo to this gallery 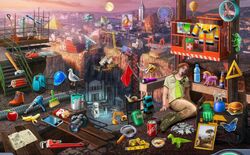 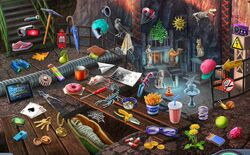 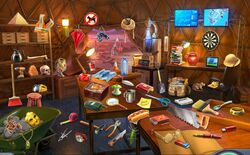 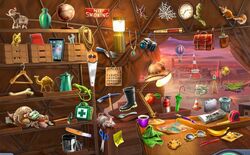 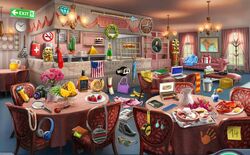 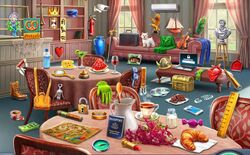 Tea Room Table
Add a photo to this gallery

Retrieved from "https://criminalcasegame.fandom.com/wiki/The_Lost_City?oldid=548126"
Community content is available under CC-BY-SA unless otherwise noted.