Carmen Martinez (All Chapters)
Jack Archer (1 task in Chapter 1 & Birth of Evil 6)
Armand Dupont (2 tasks in Chapter 2)
The King's Shadow is a case featured in Criminal Case as the one-hundred and sixty-third case of the game. It is the forty-eighth case of the game's World Edition (Season 3) and the final one to take place in South America.

The Bureau arrived in Campanilla, Colombia, where SOMBRA was founded. While the team was discussing, Michelle, who had gone to the town's bell tower earlier, was crushed to death by the bell.

During Carmen and the player's investigation, Dupont found out about the existence of "The King's Shadow", a local pub where SOMBRA intellectuals had met. Later on, MI6 told the Bureau that George Pryce was no longer working for them. The team then found enough evidence to incriminate jazz musician Arsenio Castillo as Michelle's murderer.

After trying to deny involvement, Arsenio admitted to the murder and being "El Rey", SOMBRA's leader. Arsenio said that he had killed Michelle because she had betrayed SOMBRA by providing information as X and then joining the Bureau as an agent. After Judge Adaku sentenced him to life in prison under maximum security, Arsenio said that he had already finished all the plotting he needed.

After the trial, Alejandro Pratx, Ignacio Muñoz, and Doña Amarga were all arrested for their involvement in SOMBRA. Carmen and the player then talked to Arsenio in jail, where he pointed them to The King's Shadow for more information. They found a letter which (per Dupont) proved that Arsenio had passed on his position as El Rey to another person ten years prior. Upon further interrogation, Arsenio said that the Bureau had already met his successor and that SOMBRA's plans were going to unfold in the north soon.

Meanwhile, the team also talked to Jack, who reported that Ingrid cried and stormed off to the bell tower after receiving a phone call earlier. In the bell tower, Jack and the player found her bag with a photo of her and her ex-husband, Ramon Cortez. Ingrid refused to talk about Ramon, so the two cops later called him. He then said that the US government was building a wall between the US and Mexico.

After Sanjay Korrapati confirmed that Michelle had enjoyed being with them by searching through her belongings, the Bureau headed to Mexico to stop SOMBRA's plans once and for all.

Arsenio Castillo
Add a photo to this gallery

Ramon Cortez
Add a photo to this gallery 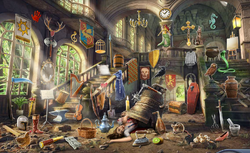 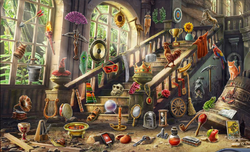 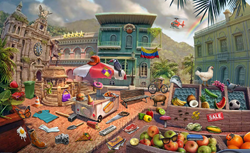 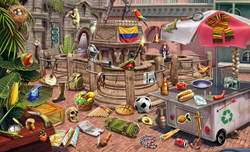 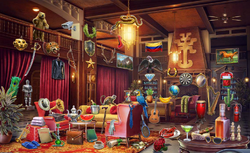 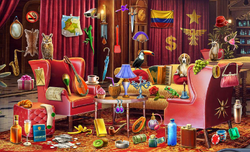 Lounge Corner
Add a photo to this gallery

Retrieved from "https://criminalcasegame.fandom.com/wiki/The_King%27s_Shadow?oldid=506130"
Community content is available under CC-BY-SA unless otherwise noted.