Carmen Martinez (Chapters 1‒3)
Marina Romanova & Jonah Karam (Innocence Lost 1)
The Killer in the Rice is a case featured in Criminal Case as the one-hundred fortieth case of the game. It is the twenty-fifth case of the game's World Edition (Season 3) and the first to take place in East Asia.

The Bureau headed to Yunnan to find Warren Goodfellow’s SOMBRA contact, The Head Hunter. Chief Ripley sent Carmen and the player to the Yuanyang rice terraces to survey the land. There, the cops found rice farmer Guo Han with his throat slashed.

Mid-investigation, hermit Blind Sen told the team to come to the Haunted Dragon Forest after a stranger approached the village, which turned out to be traveler Ronin Ozawa. Later, Angela informed them that one of her and Lars' daughters, June Douglas. went missing but she was found soon after. The team then found enough evidence to arrest rice farmer Zhao Mei guilty of the murder.

Upon her arrest, Mei said that even though she loved Han, he was not "strong enough" to survive in nature as he never completed the challenges and antics she prepared for him. In trial, Mei only repeated her cryptic message to Judge Adaku and offered no further explanation. The judge ordered for her placement in a juvenile prison with psychological help from a criminologist.

Marina and the player tried to get more information from Mei in prison. Mei was only able to say that she gave a gift to Han in his house. The gift was found to be a statue containing SOMBRA's logo. The cops asked the victim's aunt Aunty Hua to see if her nephew knew about SOMBRA. She claimed to not know about SOMBRA and she did not notice anything strange about Han.

Meanwhile, Jonah and the player went to the Dragon Forest and found a badge with Warren's face and some fingerprints on it. Elliot said that the prints belonged to Ronin. Because Elliot said he knew how to cover his tracks, Ronin was interrogated. He told the cops that he met Warren in one of his travels and that he thought the latter was a good man. He was surprised when the cops told him he was guilty of a murder.

Suspecting Ronin to be The Head Hunter, Chief Ripley sent Jonah and the player to the rice fields. There, they found a tracking device with skin cells from Mei and Ronin per Angela's analysis. Assuming Ronin was tracking Mei, the two interrogated Ronin again. He said that he was only tracking Mei down as she went missing from the Sichuan province.

Putting Ronin under surveillance, the cops set off to the Sichuan province of China to prevent any more teens and children to fall into SOMBRA's hands and to investigate Mei's disappearance. 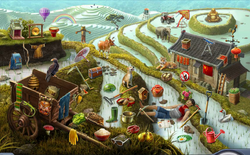 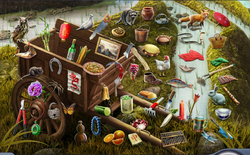 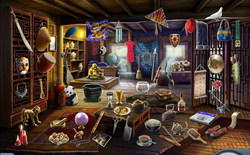 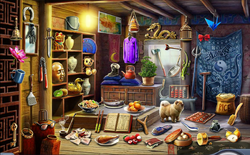 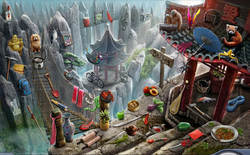 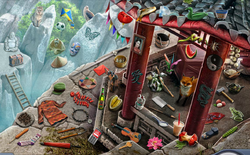