Jack Archer (All Chapters)
Marina Romanova (1 task in Chapter 3)
Armand Dupont (Europe in Crisis 6)
The Impossible Dream is a case featured in Criminal Case as the one-hundred and twenty-first case of the game. It is the sixth case of the game's World Edition (Season 3) and the final one to take place in Europe.

Previously, The Bureau, with the help of author Jacqueline Proust, found out the Promethians were planning to bomb several European monuments from Spain in order to scare the people into voting for the unification of Europe. Chief Ripley told Jack and the player that Jacqueline was laying low in the Spanish countryside. There, the two found Jacqueline burned to death in a bronze bull.

During the investigation, Cardinal Salieri, Princess Sofia of Girona, fake oracle Cassandra Papadakis, and the Bureau's own historian Armand Dupont were all arrested for involvement in the Promethian scheme, albeit Dupont was only there to join Jacqueline in her quest for more knowledge about the Promethians. The referendum was also moved to the next day mid-investigation, signifying the cult had to detonate the bombs within hours. Despite this, the cops found banker Archibald Gilchrist guilty of Jacqueline's murder and of being the Promethian leader.

Disguised as Promethians, Jack and the player were able to get a direct confession from Archibald of being the leader of the Promethians. The banker then laid out the details of the murder. He had Papadakis lure Jacqueline to Park Güell in Barcelona. He then ambushed her, dragged her out to the countryside, branded her, and set the bronze bull ablaze in order to send a warning to those standing in the Promethians' way. Jack and the player took off the disguises and sent Archibald to trial. Archibald did not reveal to Judge Adaku where to find the detonator so he sentenced the former to life in prison.

Post-trial, to make up for the trouble he was in, Dupont accompanied the player to Park Güell and then to the countryside, where they found a cellphone that contained the detonator. Elliot disabled all the bombs. Meanwhile, Jack and the player fixed and returned Princess Sofia's crown so they could get help from her. She proceeded to organize a meeting with the European Commissioner. The player was then able to convince the commissioner to postpone the referendum.

The Bureau celebrated their victory at Park Güell. As they were celebrating, a blow dart struck Chief Ripley in the neck and she collapsed to the ground. Carmen rushed her to the hospital while Jack and the player found the dart and sent it to Lars, who confirmed that it had a fast-acting poison on it and that its feather fletching was dyed with a Moroccan poppy extract. Despite the findings, Ingrid informed the team the Chief had died in the hospital. Lamenting the fallen chief, the team followed Lars's findings to Morocco to find her killer.

Cardinal Salieri
Add a photo to this gallery

European Commissioner
Add a photo to this gallery 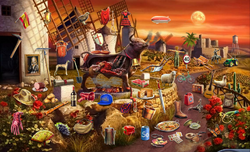 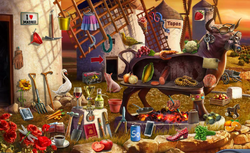 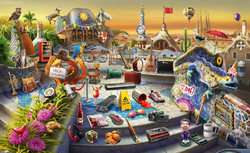 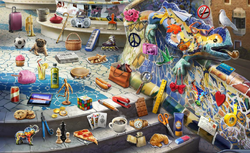 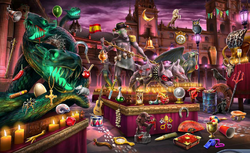 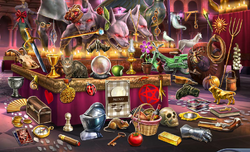 Cerberus Float
Add a photo to this gallery

Retrieved from "https://criminalcasegame.fandom.com/wiki/The_Impossible_Dream?oldid=547184"
Community content is available under CC-BY-SA unless otherwise noted.