The Higher You Rise is a case featured in Criminal Case as the eighteenth case of Mysteries of the Past (Season 4) and the one-hundred eighty-ninth case overall. It is the final case to take place in the Century Mile district of Concordia.

On the final night of the Exhibition, Constable Ramirez reported that a woman had been found dead at the base of the Exhibition tower. There, Isaac and the player found inventor Celine Georges dead, apparently pushed off the top of the tower.

Near the body, the team found Chief Wright's pistol, forcing them to flag him as a suspect. Later, the team stopped Leopold Rochester and Mayor Castletown from announcing the winners of the Exhibition during the investigation. Later, the team convinced Judge Takakura to postpone his retirement until after the trial of Celine's killer. They later found enough evidence to arrest Chief Inspector Eleanor Halsted for the murder.

Initially angered over the accusation, Chief Inspector Halsted admitted to the murder and being the saboteur. Celine approached Halsted about her suspicions on the Exhibition saboteur. She then pushed her off the tower deck to silence her. In court, she revealed that Stanley Spark had been paying her to sabotage the other inventions so that his Exo-Suit would win the grand prize. She also had used the police under her command to do all the dirty work for her. Takakura sentenced Halsted to life in jail for her crimes.

After the trial, Leopold awarded Spark with the Grand Prize, but the team stopped the proceedings to arrest Spark. Resisting arrest, Spark took Leopold hostage while wearing the Exo-Suit. Charlie and the player found Leopold at the base of the tower, as well as the Exo-Suit plans. Per Viola and Charlie, they showed that the suit was leaking coolant, which would cause Stanley to fall if he tried to escape by air. Charlie and the player went to the tower to catch Spark. Spark refused to listen to their warnings and took off, plummeting to his death moments after leaving the ground.

Meanwhile, Isaac and the player talked to Chief Wright about Halsted's corruption. Wright pointed them to the Crystal Palace auditorium for more clues about Halsted. They found checks which (per Evie and Diego del Lobo) proved that Halsted had been bribed several times by a certain Mad Dog. Halsted refused to talk about Mad Dog since they had threatened to kill her. In the auditorium, the team found a death threat on a plank that (per Rose) revealed that Mad Dog belonged to the Irish mafia. Wright and the player informed Commissioner Baldwin about Mad Dog.

Later, Chief Wright told Charlie that Leopold declared Celine as the posthumous winner of the Exhibition. Furthermore, his DNA machine would be used by the police. After Maddie and the player watched Justin Lawson swearing in as Concordia's new judge, the Squad headed to Sinner's End, which was controlled by Irish thugs.

Eleanor Halsted
Add a photo to this gallery 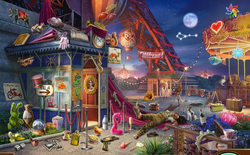 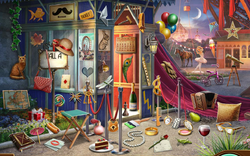 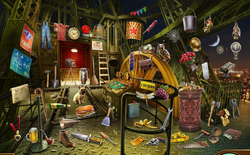 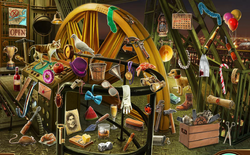 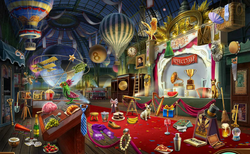 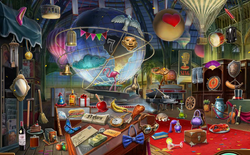 Crystal Place Auditorium
Add a photo to this gallery

Retrieved from "https://criminalcasegame.fandom.com/wiki/The_Higher_You_Rise?oldid=512631"
Community content is available under CC-BY-SA unless otherwise noted.