Season 5 of Criminal Case:
Game Over (first identified)
The Lost City (first member app.)
The Truth Hurts (last app.)
The Higher Truth is a now-dissolved religious cult featured in the fifth season of Criminal Case, appearing as a central figure during the Old Town cases.

After arresting Juniper's killer, Tony Marconi said that his security company was being paid to guard the satellite in the forest through a temporary account that was refilled by both DreamLife and an anonymous contributor. After Marconi gave them the account number, Jones and the player searched the DreamLife offices and found a donation form to the company from the same anonymous source. Ramirez traced the account to a cult called The Higher Truth dedicated to enlightenment and reaching higher planes. When the team questioned DreamLife CEO Rozetta Pierre about it, she said that she did not look into the company's investors.

After all the events, Chief Parker assigned the team to Old Town in order to investigate The Higher Truth and their connection to DreamLife and Rozetta.

After the trial, the team asked Skylar about their leader. Skylar said that they followed "The Enlightened One", who imparted his wisdom upon the cult's members and had warned the members of "false believers". After Skylar let slip that he met the members in the tea room, the team went there and found the leader's speech. Cathy used the fingerprints on the speech to identify Steven Crowe as the cult leader.

The team talked to Steven, who said that the cult believed in the messenger of The Higher Truth, which came in the form of the satellite that had crashed into the Grimsborough forest a year prior. Steven said that no one had seen the satellite, and so it cannot be proven that the satellite was not the messenger. When they asked him about the cult's donations to DreamLife, Steven said that he did not burden himself with "material concerns" before Grayson Rosewater pulled him away so he could meditate.

After arresting Sam Chey's killer, his daughter, Dara Chey told Jones and the player that her father's will stated that all his money would go to The Higher Truth. The cops then went to Shady Hollow and found a DVD from the cult in Sam's belongings. Per Cathy, the DVD was a recruitment video proving that new recruits cut ties with their friends and family and gave all their worldly possessions to the cult. Jones and the player then went to the cult's headquarters, where they talked to cult adjunct Grayson Rosewater, who claimed that donations were not extorted, saying that they were voluntary and never forced. Grayson then gave Sam's money back, which the team promptly returned to Dara.

While the team was assisting Ray Parker to find a copy of Reggie Liotta's book for a speech, they came across a brochure of the cult. Upon analyzing it, Gabriel found out that the cult encouraged its members to recruit both vulnerable and rich people, while highlighting the importance of letting go of material possessions. In order to infiltrate the cult and gain information from the inside, Gabriel went to the museum gardens with the player and pretended to be a rich and vulnerable man in front of Timothy, a cult member. Timothy eventually approached the two and recruited Gabriel after they helped him find his lost necklace of truth.

Later on, Gabriel informed the team that he successfully entered the cult, while promising to report to them as much as he could.

As the team was arresting Haruki Kato for the murder of Marcus Butler, Haruki admitted to be a member of the cult. He said that he needed more money to donate to them in order to advance to the next level, eventually killing Marcus after he refused to give him some cash.

Afterwards, Rita directed Jones and the player to Church Street after she saw Gabriel there, who probably left something for them to find. They found a coded message which (per Cathy) indicated that the cult was a series of concentric circles, with members being able to progressively move into the inner circle if they were devote (or rich) enough. The message also mentioned a "big event" that would take place in The Higher Truth, although Gabriel could not find information about it. The team interrogated Haruki in jail, but he claimed that only Steven Crowe knew exactly what would happen.

Steven Crowe was a suspect in the investigation into Kayla Markham's murder, but was eventually found innocent, with Steven apparently not knowing the victim whatsoever. After the trial, Gabriel met Gloria and the player in Church Street, where he told the team that Steven was gathering his most loyal followers for the announcement of his big plan. However, the followers had to get bitten by a bug found in the Xerdan ruins whose bite induced hallucinations. Not wanting to risk his cover, Gabriel asked the team to get him an antidote. The team eventually made an antidote, finding out that the bite also induced fearlessness.

Later, the team watched Steven's announcement through a hidden camera they installed. They found out that Steven said that the "divine messenger" instructed him and the rest of cult to prepare for the Release of their earthly bodies, wherein they would "shed their earthly bodies" so their souls could ascend to The Higher Truth. Steven said that their followers had two days to prepare for the event, wherein they would drink tea made from hemlock leaves so their bodies would die and their spirits would rise to a new plane of ascension.

Gloria Hayes and the player went to the New Age Fair to arrest Steven for inciting suicide, only to find him dead there. With Steven's death, the cult's plans were halted and later guarded over by police units. Despite the cult's attempt to do the release, the team managed to arrest Skylar Sage for Steven's murder. Soon after Skylar was taken into custody, Gloria and the player went to Steven's room to find out where the cult's money was allocated. There, they found a microchip which (per Cathy) contained the last will and testament of many cult members who pledged their personal assets to DreamLife. After Grayson denied knowledge of the scam, the team searched through the victim's room once more and found a surveillance camera with footage of Grayson telling Rozetta Pierre that DreamLife's satellite project would gain enough funding through the cult.

When the team confronted Grayson again, he admitted to being a DreamLife employee. He said that when he discovered the existence of a cult that worshiped the satellite, he joined the cult, easily gained Steven's trust, convinced him to ask his members for money, and simply agreed with Steven's mass suicide plan in order to gain funds for DreamLife. The team then arrested Grayson, who laughed at them for thinking the dome was hiding a satellite before he was taken away. The team then tracked down Rozetta, who claimed that she fired Grayson after discovering his inhumane plan to get funds for the company.

Meanwhile, Gabriel and the player found a poster promoting a cult hotline in the New Age Fair, which Ramirez tracked to psychologist Dr Jennifer Russo. Jennifer promised that she would help the cult members heal by dispatching a team of counsellors and head to their headquarters. This action would prove to shut down the cult for good and help the cult members return to their normal life. 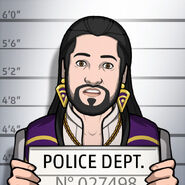 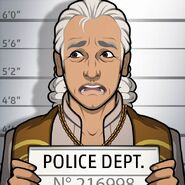 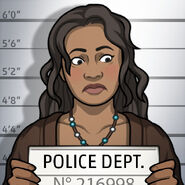 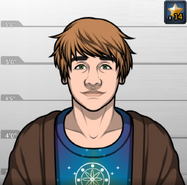 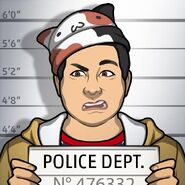 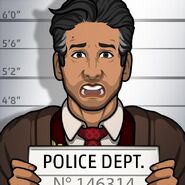 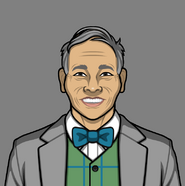