The Dead and the Beautiful

David Jones
The Dead and the Beautiful is a case exclusive to Criminal Case: The Conspiracy, where it serves strictly as an introductory tutorial.

After a young woman was reported dead in her penthouse, Jones and the player headed there to retrieve the dead body of beauty pageant winner Jennifer Tanaka, who was found with her throat slashed. After gaining enough evidence from a lab analysis, a witness testimony, and a left-behind clue, the team arrested Wolf News journalist Brandon Cummings, for the murder. Chief Parker thus deemed the player prepared enough to take on a new case.

Brandon Cummings
Add a photo to this gallery 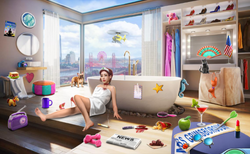 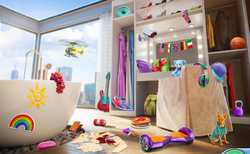 Makeup Table
Add a photo to this gallery

Retrieved from "https://criminalcasegame.fandom.com/wiki/The_Dead_and_the_Beautiful?oldid=547998"
Community content is available under CC-BY-SA unless otherwise noted.