The Darkest Hour is a case featured in Criminal Case as the one-hundred seventy-first case of the game. It is the fifty-sixth and final case of the game's World Edition (Season 3), as well as the final one to take place in North America.

Upon being informed of the kidnapping of President James Hewett, Carmen and the player rushed to Air Force One to find him. After searching the plane, Ingrid reported that a body had been dumped in Times Square amidst a large crowd. There, Carmen and the player found Natasha Romanova, the former head of COSMORUS and Marina's mother, with her throat slashed by a letter opener.

During the investigation, the team concluded that the murder was a part of SOMBRA's plan to get the United States to blame Russia for kidnapping President Hewett. Under Vice President Sarah Bennett's orders, Marina was then arrested by the Federal Bureau of Investigation for suspected conspiracy with her mother, infuriating Jonah. Because Carmen wanted to look out for Jonah, Jack replaced her in the investigation. SOMBRA also broke Angela out of jail, so she could walk into the Bureau's break room and plant a bomb to kill the team. Jonah managed to lessen the explosion, but got seriously injured in the process. Later, the USA declared war on Russia, putting the world on the brink of World War III. Despite the chaos, the team was able to find enough evidence to find Vice President Bennett guilty of the murder.

After Sarah escaped arrest with the help of some FBI agents, Baxter Fraser said that he was mind-controlled into helping Sarah and Natasha in the kidnapping. He then told Jack and the player that President Hewett was being kept in the city catacombs. With Dupont as their guide, they found Sarah there holding James at gunpoint. Revealing that El Rey wanted to kill James personally, Sarah shot Jack, albeit non-fatally. She fired again to kill Jack, but Dupont took the bullet in the chest. Jack then shot Sarah in the head and he and the player freed James and took Dupont to the hospital.

After the arrest, Marina was released and Ingrid talked to James about SOMBRA, making him initiate peace talks with Russia. Ingrid then ordered the team to find a way to arrest all of SOMBRA's members to prevent its recovery, while Lars informed them that Dupont only had a few hours to live.

After Marina and the player helped heal Baxter of his brainwashing, Lars and the player spoke to Angela, who said only Sarah and Hector knew about the remaining SOMBRA agents. After Lars and Angela bade farewell for good, Carmen and the player searched Air Force One for Sarah's belongings. There, they found her USB key which (per Elliot) contained the decryption key for the encrypted file in BØB's hard drive. The file had Hector's personal database of all SOMBRA agents, which Elliot proceeded to give to law enforcement authorities worldwide. The duo then went to inform Hector of SOMBRA's end.

Meanwhile, Jack and the player visited Dupont, who said he was glad to have protected his friends and to have rescued the president in his final moments. Dupont asked the two to search the cloisters for his notebook, which they found and returned to him. Dupont said that it belonged to his great-grandfather, Charles Dupont, who had recorded his adventures while working with someone very much like the player. He then entrusted the notebook to the player.

After the events, the team (and Sanjay) became guests of honor at a special assembly held by the Unified Nations. At the assembly, James said that the border wall with Mexico and the exit from the Unified Nations were all done on Sarah's discretion and that he would reverse these decisions, while also admitting that he too was at fault. Leila Malak then awarded the player with the UN Peace Award. After being shown the prize, Dupont thanked the team for their company before dying in peace.

A few days later, the team, Sanjay, and the triplets held a funeral for Dupont. Once everyone left the cemetery, Ripley came to pay respects as well. Two weeks later, Ingrid announced that the Bureau would be disbanded as its purpose had now been fulfilled. After everybody reminisced about the forged relationships and strange events throughout the player's tenure, Jack started reading the adventures written in Dupont's notebook to the player and the triplets.

In the city of Concordia, Charles Dupont and Detective Madeline O'Malley welcomed a new agent to the Concordian Flying Squad.

Angela Douglas
Add a photo to this gallery

Hector Montoya
Add a photo to this gallery 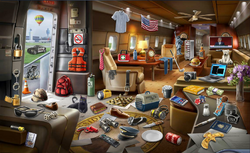 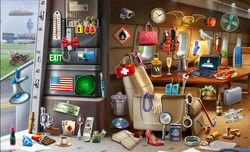 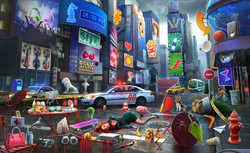 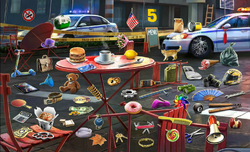 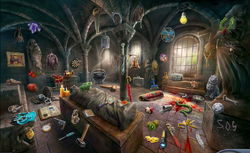 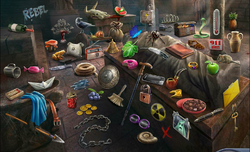 Tombstone
Add a photo to this gallery

Retrieved from "https://criminalcasegame.fandom.com/wiki/The_Darkest_Hour?oldid=481535"
Community content is available under CC-BY-SA unless otherwise noted.