Luke Fernandez (All Chapters)
Gwen Harper (A Taste of Blood 3)

The Curse of Black Ridge is a case featured in Criminal Case as the third case of Supernatural Investigations (Season 7) and the three-hundred twenty-fifth case overall. It takes place in the West.

Luke and the player went to the ghost town Black Ridge to investigate the vampire who had kidnapped Mina Reynolds. There, they found property developer Jeremy Cross chopped up with an ax.

Mid-investigation, FBI Agent George Mathison told the team (who posed as ghost town historians) to leave, declaring the town a federal crime scene. Chief Arrow then proceeded to handle George. Later, Ben posed in a Ghostface costume and scared the team. They then found enough evidence to arrest prospective homeowner Rick Lewis for the murder.

Upon arrest, Rick vehemently denied committing the murder before the ghost of Nathaniel Mason appeared from his body and admitted to the murder. Nathaniel said that a gold mine tunnel that he had built released a poisonous substance to the ground, leading to "the curse of Black Ridge". Since then, Nathaniel's ghost had been killing any visitors to the town to keep people away. Most recently, he possessed Rick to convince Jeremy to stop building property on the town and endanger his clients. When Jeremy did not listen, Nathaniel (in Rick's body) killed him with an ax. Nathaniel then told the team that they had until sundown to leave or he would kill them as well before he left Rick's body.

After Rick woke up, Luke and the player took a soil sample which they sent to Priya, who discovered that it was contaminated with a high amount of lead. She then told the team that they could easily reverse the damage if they coordinated with a property developer. They then approached real estate agent Leah Spencer, who agreed to help the team convert Black Ridge into a habitable town. The team then found Mason near his old skeleton, informing him that the town would no longer be cursed and letting him pass into the afterlife. George then overheard the team celebrating that they solved the case "without the FBI finding out", and told them that he was keeping an eye on them from now on.

Meanwhile, Gwen and the player found a book entitled Grimoire of Bloode: A Book of Legynds in the old sheriff's office. They sent the book to Felix, who said that it contained a formula for an elixir of invincibility that would allow vampires to overcome their weaknesses to sunlight and wooden stakes. While the page with the recipe was torn out, Felix found that the elixir needed the blood of a virgin, necessitating Mina's kidnapping. The team then talked to Dr Aculus, the vampire leader, who denied that anyone in the coven would even attempt to make such an elixir.

After all the events, Felix told the team that the vampire needed the rare Dawn of Night flower to complete the elixir. The team then set off to Northern California, where the flower was set to bloom in a few days, in order to stop the vampire.

Leah Spencer
Add a photo to this gallery

Nathaniel Mason
Add a photo to this gallery 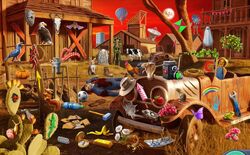 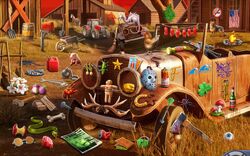 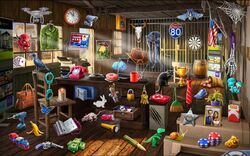 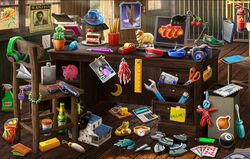 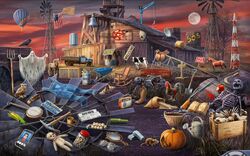 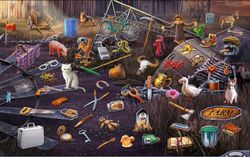 Skeleton Field
Add a photo to this gallery

Start a Discussion Discussions about The Curse of Black Ridge