The Circle of Death

Jack Archer (All Chapters)
Michelle Zuria (The Enemy Within 2)

The Circle of Death is a case featured in Criminal Case as the one-hundred fifty-third case of the game. It is the thirty-eighth case of the game's World Edition (Season 3) and also the second case to take place in Africa.

The Bureau arrived in Kenya, looking for Lavinia De Brills, heiress to the world's largest diamond firm. Ingrid told Jack and the player that she was in the safari with her guide, Kariuki Maina. In the savanna, they found Kariuki shot with an arrow and trampled by elephants.

Sanjay Korrapati went to the savanna and later stumbled upon an elephant poachers' camp. Later on, wildlife protection ranger Nyota Adhiambo helped the cops after they got caught in a wildebeest migration. The team then gathered enough evidence to arrest the aforementioned wildlife ranger for Kariuki's murder.

After denying involvement, Nyota admitted she killed Kariuki. Because she loved the victim, she told him everything she knew about elephants while they were dating. Later on, she discovered that he used the knowledge in order to kill elephants to sell their ivory tusks. Feeling betrayed, Nyota shot Kariuki with a poisoned arrow. Judge Adaku sentenced her to 10 years in prison.

After the trial, Lavinia told Jack and the player that diamonds were being stolen from the company pre-shipping. She said she was preparing documents for proof but they were stolen in the lodge. There, the cops found an empty folder with Sanjay's skin cells, per Lars's analysis. Sanjay said he was looking for money so he could run away from the Bureau since he was scared of the mole. After Jack convinced him to stay, he said that he trashed the documents in the poachers' camp. They found the documents which showed ten diamonds were missing and had the name of Prince Abioye, a prince of an obscure principality who was in South Africa, written on it. Lavinia said his name kept popping up in her documents.

Meanwhile, Elliot told Michelle Zuria and the player that the Bureau mole ripped out a part of the ground control unit used to communicate with BØB, their satellite. He suspected that they sent a message to SOMBRA beforehand. Michelle and the player successfully searched the savanna for the missing part. Elliot used it to read the sent message. Per Michelle, the first part said that the mole was telling SOMBRA that their cover had been broken.

After reconvening, Elliot said that the last part of the mole's message told SOMBRA to send an assassin after Prince Abioye because the Bureau was watching over Lavinia. The Bureau went to South Africa to stop the assassination and to see the prince's connection with the diamonds.

Melvin Cheruiyot
Add a photo to this gallery

Sanjay Korrapati
Add a photo to this gallery 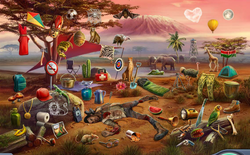 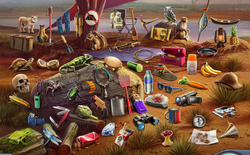 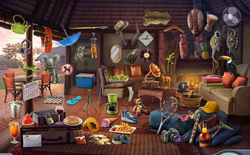 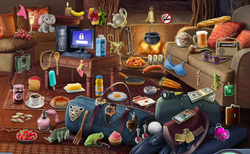 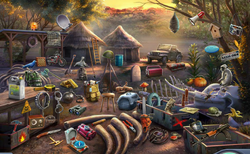 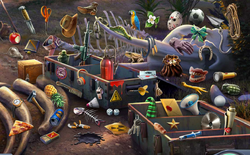 Poachers' Crates
Add a photo to this gallery

Retrieved from "https://criminalcasegame.fandom.com/wiki/The_Circle_of_Death?oldid=409089"
Community content is available under CC-BY-SA unless otherwise noted.