The Art of Murder is a case featured in Criminal Case as the twelfth case of The Conspiracy (Season 5) and the two-hundred forty-third case overall. It is the final case to take place in the Money Mile district of Grimsborough.

Mid-investigation, Jones told the team that mafia lord Tony Marconi, who was released from prison over a year prior, had a connection to the murder. Later, Rita and Martine went to the crime scene drunk. The team then found enough evidence to arrest venture capitalist Christian Bateman for the murder.

Upon breaking down and admitting to the murder, Christian stated that he fell in love with Meera when they went to the red carpet as dates. When he confessed however, she merely mocked him. Finally snapping after "denying him his last chance of feeling love", he went to see her set up her stage for her performance, knocked her out with a wrench, forced her into the cage, and dropped her into the lava when she woke up, taking pleasure at her screams of pain. Judge Powell sentenced him to life in prison, pending psychiatric evaluation.

Post-trial, Ramirez saw Zoe Kusama staring at the lava crevasse in the street. Gloria and the player then found her sitting at the performance stage apparently amnesiac, even forgetting her own name. They sent her to Gabriel, who gave her some sedatives to sleep, saying that she was in a deep state of shock.

Meanwhile, Jones and the player went to the yacht in order to ensure that Marconi was up to no good. They found his phone, which (per Cathy) he used to contact his psychotherapist, Dr Jennifer Russo. They talked to Dr Russo, who only said that she suggested that he immerse himself in art during their last session a few weeks prior. They then went to Meera's studio and found Marconi's bag, which contained Christian's business card. They talked to Christian, who said that Marconi was working in entertainment and was quietly running a business in The Greens. Per Jones, The Greens was the old Industrial Area, now full of tech startups and trendy businesses.

After the events, Gabriel took Jones and the player to see Zoe. She said that she remembered nothing but running in the dark, afraid and wanting to hide so that "they" would never find her again. After promising to give her help, Jones, Gloria, and the player talked about her current state. Zoe then walked in, and pointed to Marconi's picture on Gloria's files, stating that she recognized him. Jones and the player then talked to Marconi, who denied even knowing her, let alone hurting her, stating that he was really a reformed man.

Knowing better than to take Marconi's word, the team planned to go to The Greens to investigate Marconi, as well as look deeper into the disappearance of Zoe and the people she was looking for.

Eleanor Abernathy
Add a photo to this gallery 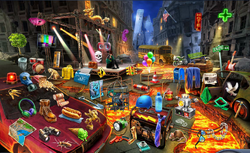 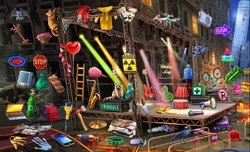 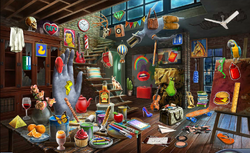 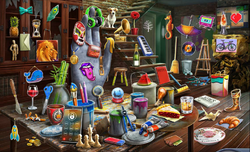 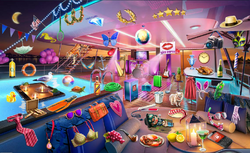 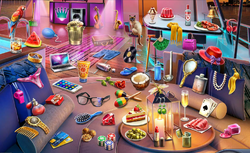 Yacht Sofa
Add a photo to this gallery

Start a Discussion Discussions about The Art of Murder