Summer of Death is a case featured in Criminal Case as the sixth case of Travel in Time (Season 6) and the two-hundred ninety-seventh case overall. It is the first case to take place in The 1960s.

Landing in 1969, Zara and the player headed out to investigate the Woodstock Festival disguised as the local police. There, they found festivalgoer Noah Lowe with his head bashed against a van. Due to the presence of a violent murder in a famously non-violent festival, the team speculated that the murder was due to a time divergence.

Mid-investigation, Jack (who had eaten drugged-up cookies) told the team that Noah had spent a lot of time backstage at Woodstock. Later, the team found a friendship bracelet given to Noah by a young Janis, prompting the team to flag her 13-year-old self as a suspect. They also suspected a 19-year-old Ian Devine during the investigation. Soon after, Noah's father, Alfred, trashed the backstage, blaming the hippies for his son's murder. The team then found enough evidence to arrest Army Major Perkins for the murder.

Upon admitting to the murder, Perkins said that she had mistaken a car backfiring for gunshots. Perkins then tackled Noah, falling against the van. However, the impact had killed Noah. The team then handed her over to the Army. Marina then told the team that she had disguised herself as a police psychologist to explain Perkins' condition (post-traumatic stress disorder, which had not been officially recognized as a disorder by then) to her superior officer, who promised to rehabilitate her while she was serving her custodial sentence.

After the arrest, Nebet (who was given a makeover by Orlando) told the team that she had caught a mysterious man inspecting the time machine despite it being cloaked before running away into the crowd. On the festival grounds, they found a camcorder, which (per Kai) contained a footage proving that the man was a time traveler who irreparably sabotaged their time machine to land in the 1960s. Furthermore, the recording proved that the man was not working alone. They then reported their findings to Amy.

Meanwhile, the current Janis realized that she was the person who had talked a young Janis out of running away from her parents. Despite interacting with one's younger self-being against T.I.M.E.'s rules, Janis thought "she had to make it happen because it had already happened". Along the way, Janis also inspired her young self to pursue medicine to become a coroner.

After all the events, Amy said that per T.I.M.E.'s protocol, they were headed to New York City (where the future T.I.M.E. headquarters would stand) to leave a distress message for the present day.

Janis Rivers
Add a photo to this gallery 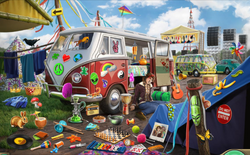 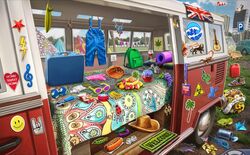 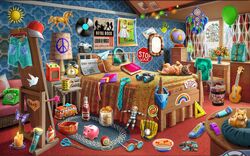 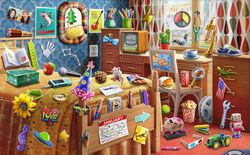 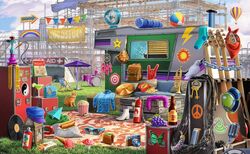 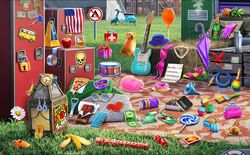 Lounge Area
Add a photo to this gallery

Start a Discussion Discussions about Summer of Death