Zara Tien (All Chapters)
Nebet (Kingdoms of Clay 2)
Amy Young (1 task in Kingdoms of Clay 2)
Stranded in Gaul is a case featured in Criminal Case as the second case of Travel in Time (Season 6) and the two-hundred ninety-third case overall. It takes place in Ancient Times.

After the time machine reactor broke down, the team ended up in 37 BCE Ancient Gaul. Zara and the player went out disguised as centurions to explore Gaul, only to find someone with his head bashed in at a dolmen circle. Orlando identified the victim as Gallic Chieftain Katurix, scheduled to die in 36 BCE after the peace treaties he was supposed to negotiate with the Romans in winter 37 BCE were violated.

Mid-investigation, Gallic druid Atreba accidentally hit Zara with a piece of guts while rushing a haruspicy. Later, Katurix's successor, Delignata, rallied up the Gauls to wage war against the Romans. The team then found enough evidence to arrest Gallic blacksmith Venextos for the murder.

Upon admitting to his crime, Venextos said he had overheard Katurix praying to the gods at the dolmen to protect him while he ran away and abandoned the tribe. Not approving of his betrayal, Venextos bashed the Chieftain's head in with a stone. They presented him to the tribe, where Delignata sentenced him to stand first-in-line without a shield when they would face the Romans.

Atreba agreed to help the team stop Delignata's war on the Romans by giving her a false prophecy. She also directed the team to the village for Katurix's notes on the tribe's gold. The team found and followed Katurix's map, only to find the gold missing. Atreba then speculated that Katurix had surrendered the gold to Mark Antony to save his own skin. Antony told the team that Octavian had demanded all spoils of war, including Katurix's gold, be returned to Rome.

Meanwhile, Amy and the player debriefed Nebet on their role as time travelers. Nebet then proved her skills as a cook to the team so that she could help them while they were unable to send her back home. The team then resolved to travel to Rome via the time machine's thrusters to retrieve the gold and preserve history.

Venextos
Add a photo to this gallery 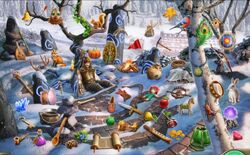 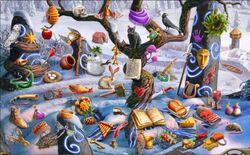 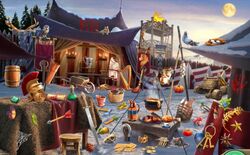 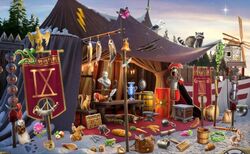 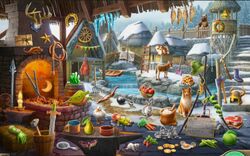 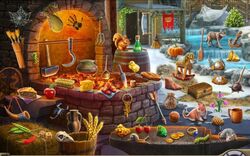 Gallic Forge
Add a photo to this gallery

Retrieved from "https://criminalcasegame.fandom.com/wiki/Stranded_in_Gaul?oldid=544478"
Community content is available under CC-BY-SA unless otherwise noted.