Stick to Your Guns is a case featured in Criminal Case as the thirty-fourth case of Mysteries of the Past (Season 4) and the two-hundred fifth case overall. It takes place in the Crimson Banks district of Concordia.

After Evie reported that the armory at the police station on Elm Street had been attacked by the Italian gang, Isaac and the player headed there, only to find the body of Officer Edna Owens with three bullet wounds.

Mid-investigation, Constable Ramirez discovered that the gang had planned the attack in the public toilets. Furthermore, Officer George Blanton stressed up and fainted. The team eventually found enough evidence to arrest Wilbur Owens, the victim's brother, for the murder.

After denying involvement at first, Wilbur admitted to the crime. The Italian gang had offered him a job he was too afraid to refuse. When he found out they would attack the police station, he threatened Edna to anonymously keep her away from work, but to no avail. Knowing that if Edna had fired her gun during the raid, both she and he would be dead, he shot her before the raid started to spare his own life. Judge Lawson sentenced him to 20 years in jail.

Post-trial, Diego impersonated an Italian mobster to locate their weapons cache, but Evie reported him missing hours later. Since he last contacted them from the police station, Evie and the player headed there and found a note revealing that Diego was captured by the gang. Per Viola, he was being held in the disused public toilets, where Rose and the player would then go after coming up with a plan. They found Diego face down in a toilet and rescued him. Since he revealed that Marvin Ferrari was the one who kidnapped and tried to murder him, the team arrested the mobster.

After the team helped Chief Wright organize an honor ceremony for Edna, Rose informed them of the gangs having initiated a fight with each other, setting the Crimson Bridge ablaze in the process. 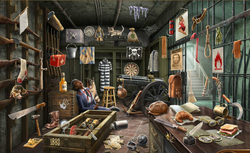 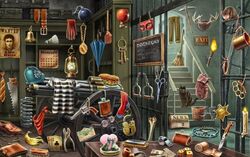 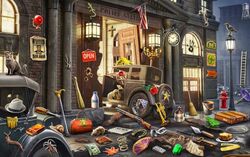 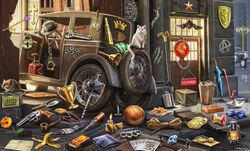 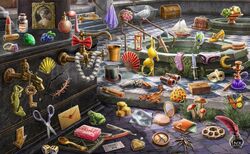 Baths Entrance
Add a photo to this gallery

Retrieved from "https://criminalcasegame.fandom.com/wiki/Stick_to_Your_Guns?oldid=527963"
Community content is available under CC-BY-SA unless otherwise noted.