Steve Wood was the victim in A Deadly Game (Case #20 of Grimsborough).

Steve was a man who, at the time of this death, was released from prison and lived in Cooperville. Steve had black hair and brown eyes with a five o'clock shadow. Besides that, he wore a white t-shirt underneath his stained green jacket.

While Jones and the player were having a chat with Chief King, someone sent a severed finger inside a package to the player. In the package, there was a message attached to it which told the team to search a homeless camp (Vagrant Shelter) in Cooperville. Quickly, the team went there and found another finger and a locked box, but no dead body. Inside the locked box was the key to a creepy basement in 278 Kennedy Road. The team went there and found the third finger in a jar.

There were still no clues about who the victim was. Finally, at the end of Chapter 1, Alex came in saying that he had found out that the victim was a trader named Steve Wood who was sent to prison for misappropriation. When Steve got out of prison, he basically did not have a life to go back to, so he ended up living in a homeless camp in Cooperville.

Later, the team went to have another look at the torture table in the creepy basement (where the victim was tortured). There, they found an iron maiden (which was later revealed to be the murder weapon), and the fourth finger inside a jar.

Eventually, the killer sent another message to the team in which they told the team to search the homeless camp again. The team went there and found the fifth and final finger inside a jar. Later, the team received another message in which the killer told them that they had a present for them in the creepy basement. When the team went there, they, at last, found the victim's body. After finally completing the autopsy, Nathan explained to the player that the victim's liver had been ripped off. He also said that he found some fibres on the victim's wrist that came from a silk tie in which the killer had used to tie Steve's hand. This revealed the final clue of the case: the killer used to wear a tie.

Of all the suspects in his murder, Steve had only interacted with Lennie Adams. Lennie was his cellmate in prison, and Steve had reported of Lennie's illegal drug trafficking operation inside the prison to get a commuted sentence.

The killer turned out to be Harper McAlister's twin brother, Tyler McAlister.

Tyler was a psychopath and wanted to kill someone. He knew that Steve lived in a homeless camp in Cooperville and that he had recently got out of prison, and therefore, Tyler took full advantage of it. He told Steve that he would help him to get back on his feet. Tyler took Steve to a creepy basement, where he tortured the victim, cut off his fingers, ripped out and ate his liver, and finally killed him using an iron maiden, an old torture instrument. Judge Hall sentenced Tyler to life in prison without parole for Steve's murder. 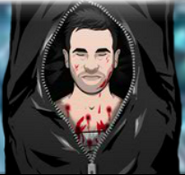 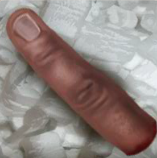 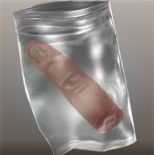 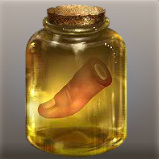 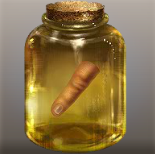 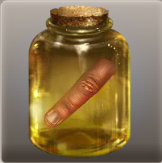 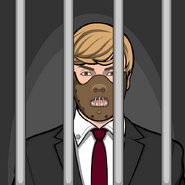 Tyler McAlister, Steve's killer.
Add a photo to this gallery

Retrieved from "https://criminalcasegame.fandom.com/wiki/Steve_Wood?oldid=518551"
Community content is available under CC-BY-SA unless otherwise noted.