Stacy Lovely was the victim in Death by Martini (Case #53 of Pacific Bay).

Stacy was a stripper who worked at a local strip club. She had long blonde hair and blue eyes, a red streak and wore a red bra under a red tank top with several dollar bills stuffed inside.

Stacy was found at a strip club in a giant martini glass stabbed with a giant martini stick. Roxie's autopsy managed to confirm that Stacy was stabbed with the giant stick. When asked by Frank about any leads on the killer, she managed to find traces of champagne on the victim's wound. Since she could not find any in her stomach or mouth, that meant it was the killer who drank champagne.

Stacy worked together with priest Joey Kim to scam Paradise City bachelor tourists: she would marry them at Joey's chapel while they were drunk and then divorce them in order to take half their money, with Joey handling the paperwork. Her latest victim was Spencer Dickson. She would often take the men to a hotel room and with her frequent visits, bellboy Jeremy Bowman fell in love with her. He had offered her a chocolate cake, and so she promised him a private dance in return. Stacy's grandmother, Sue-Ellen, had disowned Stacy both because she was a stripper and because she was marrying without her permission. Meanwhile, fellow stripper Jezebel Lopez was angry at her stealing all the clients away from her after she had shown her the ropes of the business when she was still a rookie.

The killer turned out to be Jeremy.

Upon admitting to the murder, Jeremy laid out that he was infatuated with her upon seeing her dance on stage. One night, while giving him a private performance she had promised him, Stacy threw away her giant prop martini stick. Jeremy had found out that she had married Spencer earlier, however. Angry, Jeremy took the stick, stood up on a chair, and stabbed her. Judge Dante sentenced him to 30 years prison. 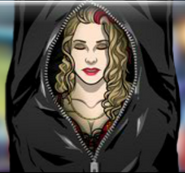 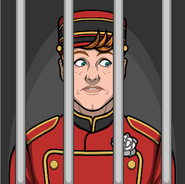 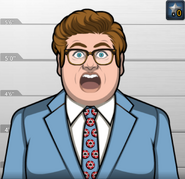 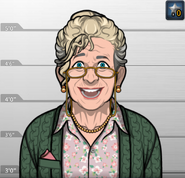 Sue-Ellen Lovely, Stacy's grandmother.
Add a photo to this gallery

Retrieved from "https://criminalcasegame.fandom.com/wiki/Stacy_Lovely?oldid=507988"
Community content is available under CC-BY-SA unless otherwise noted.